We have sold our house but have nowhere to go

Moving On: The sale of our home has gone through, but our search for a new one is hitting roadblocks 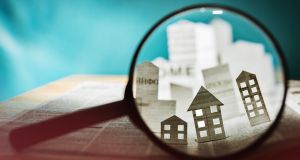 ‘It was difficult to abandon this ideal property but as soon as we made the decision we knew we were doing the right thing.’

Exactly three months to the day it went on the market, the sale of our Blackrock home was agreed at 5 per cent over the asking price. Contracts were subsequently signed and deposits received. Thanks to our excellent property and legal advisers we were prepared well in advance with contracts, compliance certificates, boundary maps, and local authority and Revenue documentation all ready to go. The sale was signed and sealed without any hiccups and we were delighted.

In the period that our house was on the market, property websites MyHome and Daft registered just under 12,000 hits for it, some 2,500 of which were in the first two days. We thought we would be inundated with offers because of the traffic jam outside our home on the day it was put on the websites. Sadly we were not.

From the astonishing 12,000 hits, just 65 calls and emails were recorded by the estate agent. These translated to about 35 viewing parties, seven of whom returned for second, third and fourth viewings. Instead of open or public viewings, we opted for private visits. Therefore the agent, with two or three interested parties, called to the house up to three times a week.

Practically every day this meant undertaking frantic hoovering, cleaning, decluttering and gardening chores. We dreaded “real” visitors – family and friends – who might create mess. Happily, we also abandoned cooking to avoid lingering odours and everything was run with military precision.

After just in excess of two months there were three serious bidders, which reduced to two as the sale price went up. The triumphant bidder was the purchaser who did not want to close until September, which meant that we could remain in our beloved garden for one last glorious summer.

Meanwhile, after three months homehunting, we became dispirited that it hadn’t yielded results. Conscious that selling prices were softening, we thought about renting for a few years. Dreams of opulent penthouses boasting wide terraces with fantastic views took over for a while. But financial nightmares followed when we ran the numbers on the costs involved. We just couldn’t justify it. Between that and the perceived level of stress that would be involved in moving twice, we renewed our efforts.

So we returned to our search with more confidence given our own house sale. The weather was wonderful – which makes a big difference when viewing – and the quality of homes on the market had improved.

The first home we really fell for we almost didn’t view because as a location we didn’t rate Deansgrange that highly. But the house itself was exceptional and ticked all our boxes. A newly extended four/five-bed former corporation home, it had all the open plan, brightness and low maintenance we required. The good-sized rear garden was north facing, but because of the corner site configuration it was very sunny. Importantly, we could remain close to the old reliables here. The semi-detached property had a decent guide price but an offer 18 per cent above it from a German family relocating to Ireland blew us out of the running.

Then we fell in love with a two-bed semi-detached bungalow in Dundrum that was beautifully enlarged and remodelled on a southwest-facing site, a five-minute stroll from the Luas. Again we were surprised at our quick enchantment with a location we had previously disregarded. We envisioned trendy evenings at the huge selection of restaurants and trips into town on the Luas, while still being within easy distance of our old reliables.

It was genuinely in walk-in condition, required no maintenance and even the grass was a very pleasing artificial variety. No pesky lawnmower required. The guide was over our limit, which we agreed to increase so we could up our game and begin the bidding battle. Over a period of two weeks, with bids varying between €15,000 and €50,000, the price soared 16 per cent over the guide and our comfort zone.

In conversation with the selling agent, we discovered that the “other party” was an older man, with some health issues, and his daughter. Over a long weekend we discussed our options but kept coming back to the fact that the “other party” was probably more in need of this home. We still had health and age on our side. The proximity of everything nearby was not a necessity for us but we could see it would be for an older person with medical complaints.

It was difficult to abandon this ideal property but as soon as we made the decision we knew we were doing the right thing. We explained to the agent that not only were we out of the bidding game but we also wanted to rescind our last few bids. This effectively means the “other party” will hopefully save some €10,000 to €15,000 in the process. The agent in turn promised that good karma would surely come our way. We could only hope that it would.

Cliodhna O’Donoghue is a property journalist

The importance of relationships and belonging
6