Shipshape home on the waterfront in Crosshaven for €1.1m

A pretty holiday home on the Currabinny peninsula looks out over the sea to the yacht club, a view that inspired the owners in some of their decorating decisions 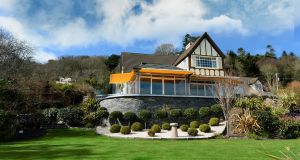 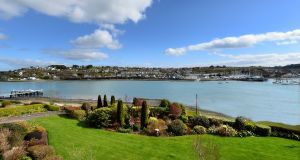 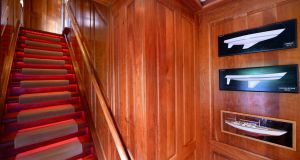 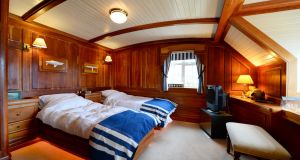 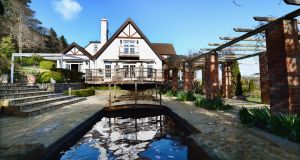 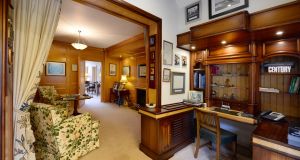 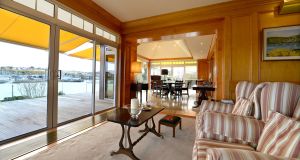 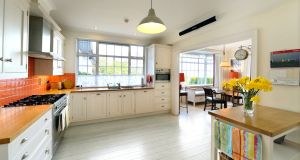 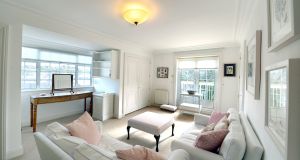 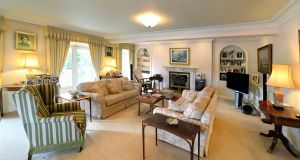 Like Kinsale, its near neighbour, Crosshaven is one of those place-names that dances on the tongue of anyone in love with sailing.

The Royal Cork Yacht Club is the oldest in the world – unless you’re from Saint Petersburg, in which case you’ll be part of the faction that claims that honour for the Neva club – and the coastline in this part of the country presents the kind of challenges, scenery and social events that boating-types adore.

Currabinny, which is for sale with Sherry FitzGerald for €1.1 million, is a lovely detached four- to five-bedroom house on the Currabinny peninsula, directly opposite Crosshaven and the yacht club. As the owner, a dedicated sailing enthusiast, says “it’s the most amazing house, right on the water, with an ever-changing scene in front of you. Day, evening or night, there’s always something on the water to watch”.

So great is the owners’ love of boating, that when they renovated the house in the late 1990s they created a nautical inspired guest wing over the garage area. It has its own separate staircase access and the two bedrooms have been done out in the kind of white oak and cherrywood panelling that makes you think you’re in a cabin, albeit an incredibly spacious one.

It’s the kind of décor that calls to mind a yacht so luxurious that you’re saved the usual issues of storage – and the en suites are a world away from even the nicest “heads” on a regular boat.

In the current layout, there are two further very large bedrooms in the main part of the house, the master having a fabulous en suite, plus balconies overlooking the water.

What was a fifth bedroom is currently a swanky dressingroom, but it could easily be converted back.

Downstairs, the space has been designed to maximise the light and harbour views, and in addition to the bright kitchen and diningroom, there’s a study, large lounge with sea-view terrace, and sunroom plus family room. There’s a lift to the first floor – as well as the stairs, which is excellent if anyone has impaired mobility. Outside, there’s approximately an acre of mature grounds, with walking access to the lovely Currabinny woods behind.

While the house was a holiday home for the current owners, at just 20 minutes from Cork airport, and half an hour from Cork City, it could just as easily make the perfect sailing enthusiast’s home, all year round.