The new vernacular: several garlanded architects are among those looking at the possibilities for liveable and meaningful architecture in rural Ireland 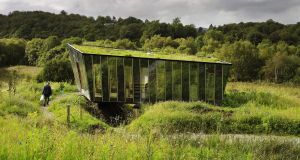 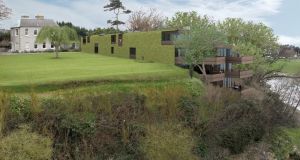 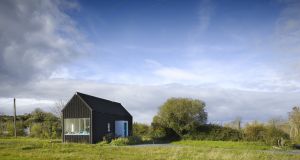 Among the heated debates we’re noted for frequently resurrecting in this country, one that shows signs of emerging again into a full- on argument is the one about rural housing. On the one side there’s the “keep the landscape untainted” group. Ranged in opposition are those crying: “Do you want the hillsides of Ireland to be dark at night?” Or, as Cllr Maura Healy-Rae responded last month to new guidelines in Kerry for new dwellings to be relatively low in the land: “Are they going to have to go underground like hobbits?”

Healy-Rae has taken over the seat vacated by her father Danny’s election to the Dáil. And with the Government perhaps more open to persuasion than many in recent memory, because of its minority status, it’s likely the rural planning debate will kick up in the coming months.

One problem that makes it unlikely the two sides will meet is that beyond issues to do with resources, the environment and quality of building, taste is subjective. One person’s aspirational palace is another’s geranium hacienda. And we may have an idea in our minds about what typical Irish architecture looks like, but it’s not always accurate. Is the Irish vernacular the stone- cut thatched cottage? The terraced town house? The square farmhouse?

As Sheila O’Donnell, partner in RIBA gold medal-winning practice O’Donnell + Tuomey says: “People have a perception of the motifs that represent the traditional, and that perception is actually very English, and very suburban.”

This arose when their plans for a small development in Galbally, Co Limerick (completed in 2002) provoked criticism over a perceived lack of traditional features such as dormer windows and projecting eaves. O’Donnell brought a group into the town to show them how none of those “traditional” elements was present.

But what exactly is “the vernacular”, what does it mean? It’s the name given to the type of building, in any country, that has developed based on local needs and available materials, and reflects local traditions. Originally, trained architects were not involved, but buildings resulted from the skills of builders and craftspeople from the area. More recently the Irish vernacular has extended to embrace the oversized bungalow, which proliferated across the landscape, greatly influenced by Jack Fitzsimons’s book Bungalow Bliss, Southfork in the TV series Dallas and by package holidays in the Med, earning the style that nickname: geranium hacienda. Then there is the dormer: a housing type that follows the letter of planning regulations that requires single-storey building only, as it technically puts the upstairs in the roof. All along the Wild Atlantic Way, dormers of epic size sit on top of hillsides.

More recently again, those who profited from the economic recovery seem to be finally picking up on modernism, as long, low oblong boxes have begun to appear, all poured concrete, occasional zinc and lots and lots of plate-glass windows. Robin Walker’s famous O’Flaherty House, built on the slopes of Kinsale harbour in 1963, was one of the first, but a walk along the waterfront these days reveals it has been strongly influencing its near neighbours. Some work better than others.

One of the issues is scale. As architect Niall McCullough of McCullough Mulvin says, you can’t create a building that works, and then jump it four times up in scale. McCullough Mulvin has made a lifetime’s work of looking at both the landscape and buildings of Ireland. In 1989, it published A Lost Tradition: the Nature of Architecture in Ireland, as a result, says McCullough, of being jobless architecture graduates.

“We went to see architect Aldo Rossi in Milan. It was the day Italy won the World Cup, and he was very excited, but he gave us time. He didn’t have jobs for us, but he showed us books. He was very interested in building typologies, about how if you take an essential thing it becomes an abstract, a form, a shape that you can build on. You see that type of thing repeated in Italian cities. We looked, and he said: ‘You could do that in Ireland.’So we came home, and we did.”

McCullough describes a trip around Ireland, looking at the buildings we have, and how they have developed over time. “It was a fabulous journey, it completely surprised me. We found threads. Because of the Plantations, people had come from Britain, where the Renaissance had been in full flight in London, and so you might find small military buildings, or Palladian villas – but as houses with farm buildings.”

McCullough Mulvin’s work and research are the main feature of the annual Archikultura Festival in Ostrava in the Czech Republic (until June 5th). Their theme is architecture and nature. This, explains McCullough, encompasses “geology and biology, and how to make contemporary architecture which is like landscape, and buildings that are like biological cultures inside other ones”. These ideas, he adds, are big in Europe. One of the projects they are showing is a building for the Thapar University campus in India’s Punjab. It’s a huge construction that nevertheless folds into the red earth of the region.

Building well into the landscape isn’t necessarily about vernacular traditions. It’s more about design than a particular style, says McCullough. “Forming yourself around the landscape in an interesting way, using inner courtyards, linking buildings, making a way to sit in the environment, in a way that suits the site. It’s about getting away from the style of building as the temple – the single home, set against nature, and going from that to something that is dominated by nature, that mimics it, follows it, that becomes part of the hill.”

Put that way, being a hobbit doesn’t sound so bad.

Another architect with a reputation for making unforgettable buildings that seem completely at home in their rural sites is Niall McLaughlin, whose work represents Ireland at this year’s Venice Biennale. His homes for private clients in Goleen and Clonakilty in west Cork are stunningly beautiful. But if you were beginning to think new ways of building in rural Ireland are only for the rich, think again. McCullough is at pains to point out good architecture doesn’t have to be expensive: it’s more a question of “giving someone a chance to think about it. It’s a shame when people don’t realise what they could have.”

Architect Dominic Stevens went a step further, when he created a house designed to be built for just €25,000, and put the plans online free at irishvernacular.com. For Stevens, the vernacular is “a way of acting as opposed to a style of what something looks like”. He calls for more ground-up thinking, as opposed to edicts from above, about what should and shouldn’t be done in particular places.

Stevens reminds me that while we can all conjure up what an Irish cottage looks like, the traditional Irish cottage actually changes from place to place. “That has happened through evolution. Vernacular architecture is a form of architecture that has evolved.” In the contemporary world, he suggests, the next step is through software, and wikis that let people share ideas, and make buildings collaboratively. “The vernacular is now people having access to build technically superior and sophisticated homes themselves.

“It’s not the modernist trope of the genius heroic architect, and it goes way beyond what something might look like, and instead into the way these things might happen.” he says.

With that in mind, Stevens, artist Deirdre O’Mahony and landscape architect Sophia Meeres have organised a conference, alterRurality3, on building, living and economics in rural Ireland, in Letterfrack from June 6th to 9th.

The idea is to get “a range of people in a room together,” and as these include O’Donnell + Tuomey (the event is in the award-winning furniture college they designed in the former industrial school in Letterfrack); Andrew Freear of Rural Studio, which designs and builds houses for impoverished residents of Alabama’s Hale county; and Pieter Versteegh, founder of alterRurality, the Arena European network rethinking rurality; it promises to be a very interesting few days.

No one will ever resolve debates about taste, but there are some brilliant architects in Ireland putting their minds to ways of enabling the new vernacular to become something that is liveable, meaningful and something worth celebrating.

Building and living in rural Ireland