Victorian style in a modern mould for €1.35m

Authenticity is key to this 10-year-old house, including period fireplaces and elaborate plasterwork. But there are plenty of contemporary comforts too, such as a Jacuzzi 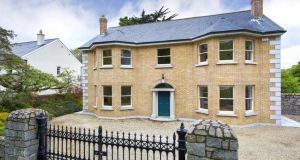 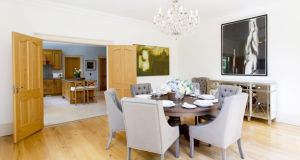 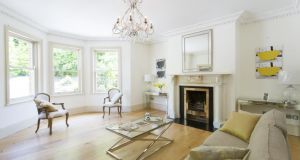 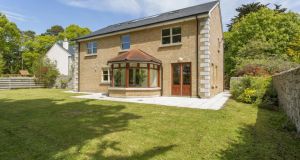 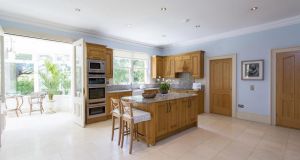 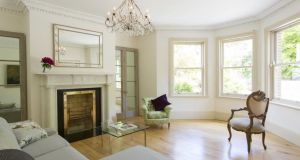 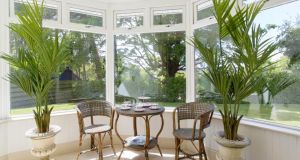 The designer of a modern house built in Victorian style nearly 10 years ago went to a lot of trouble to give it an authentic feel: there are marble period fireplaces in the drawingroom and livingroom on either side of the front hall, high ceilings, elaborate plasterwork, bay windows and a fanlight over the front door.

But number 2 Whitethorn, one of three houses built in 2006 on the site of the original house of that name in a lane off Church Road in Killiney, is thoroughly modern: there’s a Jacuzzi bath and steam-jet shower in the family bathroom, a limestone-floored entrance hall/ kitchen/sunroom, underfloor heating upstairs and down, roof solar panels and a geo- thermal heating system.

It’s one of a number of houses on the market in this secluded cul-de-sac, which leads up to a narrow pedestrian entrance onto Killiney Golf course, off busy Church Road.

The house has been rented since it was built but is in walk-in condition. What it has most of is lots of space: there are the two oak-floored reception rooms at the front of the house and a very large Celtic Tiger era kitchen with a utility room and a walk-in pantry off it in the back.

The kitchen opens into a conservatory, and there is also a large separate diningroom at the rear.

There are five good-sized double bedrooms upstairs, three of them with Travertine tiled en suites. The main bedroom (currently laid out as a study) has an antique timber fireplace, an en suite and a dressingroom. The timber- floored attic at the top of the house with two Velux windows is about 66sq m (710sq ft) in size.

There’s room to park several cars in the gated front garden, and a neat lawned garden at the back of the house. You can glimpse Balure House, which sold in February this year for €3.25 million, from the rear of Whitethorn: six houses are being built in the grounds of that house.