This large house sold near the peak of the boom for €5.1m but is back on the market for substantially less 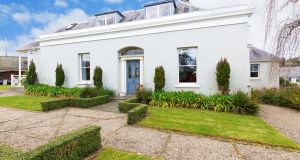 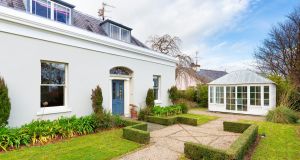 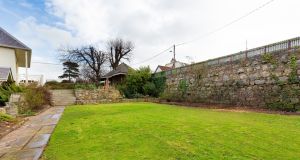 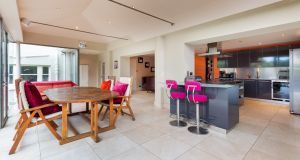 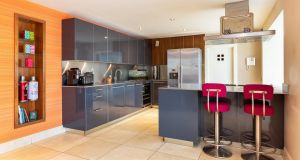 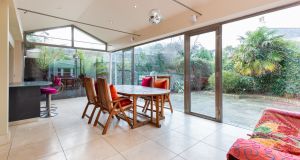 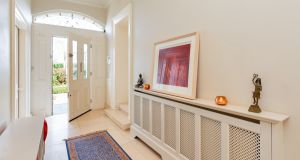 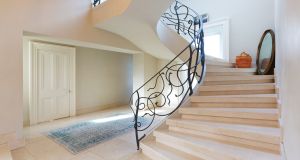 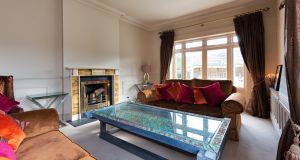 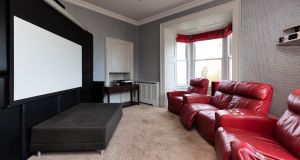 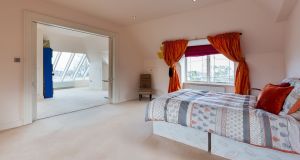 A large house down a narrow lane in Dalkey, sold at auction in 2005 near the peak of the boom for €5.1 million, is back for sale for €2.95 million. Monterosa, a 453sq m (4,876sq ft) detached Victorian villa-style house extended and modernised some years ago, stands on nearly half an acre on the corner of Sorrento Road and Sorrento Close.

DNG agent David Dobbs believes that there is potential to build another house on Monterosa’s side lawn, subject to planning permission – its corner site and long road frontage would make this feasible, he believes. A detached four-bed new build this close to Dalkey village could be worth €1.5 million, he estimates.

Inside, Monterosa is mainly a very modern house in need of some TLC: there are three reception rooms off the front hall in the original part of the house – and one of these has been turned into a cinemaroom with a large wall-mounted TV and seating from an actual cinema. A large split-level extension opens up at the end of the hall, where a pretty dramatic staircase with a wrought-iron banister curves upwards.

This is a bright house, with long glass roof panels at one side of the house, many Velux windows and a large open-plan kitchen/breakfastroom/conservatory opening onto a patio at the back. A triple garage at the rear also gives new owners the potential to create more accommodation.

The cinemaroom in the front part of the house has a bay window, and could make a fifth bedroom, suggests the agent. The drawingroom and sittingroom opening off the opposite side of the hall both open through double doors onto a covered white veranda running the width of the side of the house; the veranda looks onto the long side lawn.

Above there are two double bedrooms opening onto a similar white balcony and a bathroom, and a large en suite double at the next level, while at the top of the house there’s a large, handsome main bedroom suite.

There are pretty spectacular views of Dalkey and Dublin Bay from the glass roof panels at one side of this suite. A sitting/study area has sliding double doors opening into the bedroom, off which is a walk-in dressingroom and an en suite.

There’s a pantry and utilityroom off the very large kitchen/familyroom. The conservatory opens out to the stone patio; a few steps from here lead up into the long two-tiered lawn at the side of the house, where a spider-web iron gate opens onto Sorrento Close.

Landscape designer Martin Brady created an attractive formal garden at the front of the house, with neat gravelled paths and a wide variety of plants. There’s a large glasshouse in the garden, as well as a slightly Pirates-of-the-Caribbean-style garden house.

There’s room to park three or more cars in the driveway, accessed off Sorrento Road via an easy-to-miss road called Anastasia Lane.