Stunning sea views and a blank canvas in Dublin 4 for €1.65m 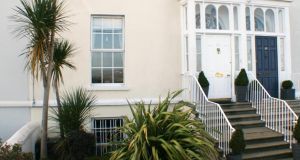 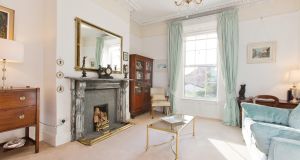 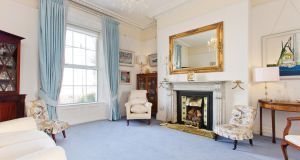 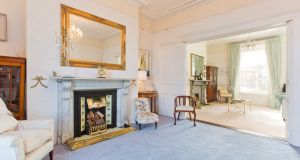 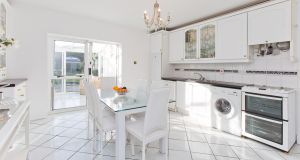 Kitchen is functional but outdated 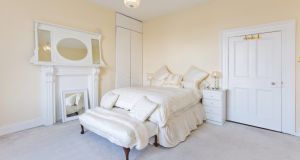 One of the property’s four bedrooms 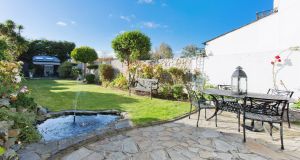 39 Strand Road in Sandymount has been home to its owners for the past 34 years. Unusually when they moved in, they reduced the size of the house – by removing an extension to the rear– as they felt the new four-bed layout at 232sq m (2,497sq ft) had ample space to raise their family.

The house at the time had no central heating so insulation and damp proofing were installed to upgrade the property. In addition, an electro osmosis damp maintenance system was installed – where a current runs around the perimeter of the property to prevent rising damp. This system was further upgraded in the past five years.

In its current layout, at garden level there is a livingroom – which works as a fourth bedroom – and a separate kitchen which opens to the rear garden through a small sunroom. While the kitchen is perfectly functional – it is outdated, and new owners will more than likely take the opportunity to amalgamate both rooms and extend to the rear, in keeping with current trends. There is both ample space in the rear garden and precedence for same along the road.

At hall level are the two main reception rooms, both of which are used as living spaces. Views to the front take in Sandymount Strand, while to the rear the vista sweeps to the Dublin Mountains. All period features are intact but new owners will want to upgrade the carpets. The stained glass fanlight in the hallway is particularly noteworthy.

Upstairs are three bedrooms and the views to the front are the real selling points of the property as they offer uninterrupted sea views.

The rear garden has a southwesterly aspect and is laid out with a paved al fresco dining area, a lawn, a pond and mature shrubs. There is off-street parking for one car – in addition to on-street parking in front of the property.

The sea views, its potential to extend and the location – just a 15-minute walk to Grand Canal basin, and five minutes to Sandymount village – are the real selling points for this property. Number 39 Strand Road is on the market through Sherry FitzGerald seeking €1.65 million.