See the light in this Zen-like Sandymount cottage for €750k 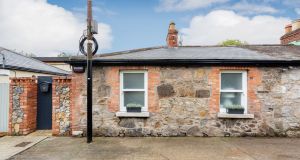 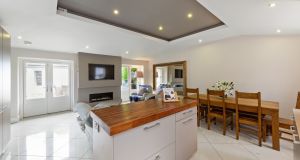 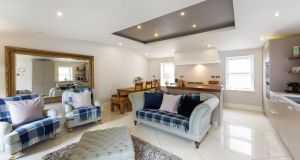 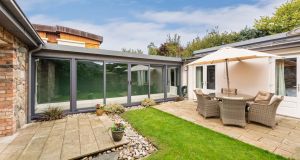 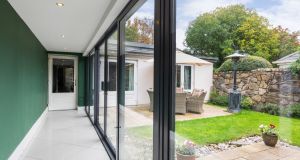 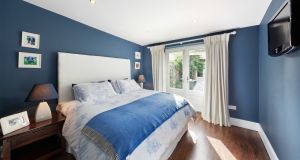 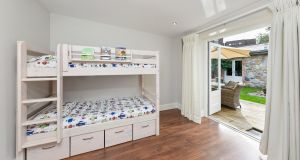 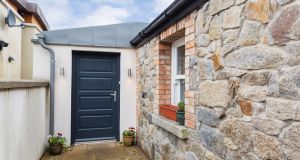 When Deirdre and Ivan Coonan were looking for a house in 2007, they “wanted a project – we didn’t want a house that was done,” says Deirdre. And that’s exactly what they got when they bought a house needing complete refurbishment off Serpentine Avenue in Sandymount at auction in March that year. They paid €570,000 for 5 Railway Cottages, a single-storey semi-detached two-bed cottage built around the early 1900s with a long back garden. Railway Cottages is a narrow road that runs parallel to the Dart line.

Over the next three years, the couple, both engineers, and their architect Mary Laheen completely revamped and extended the cottage, designing a bright modern three-bed with an internal courtyard garden behind the original stone exterior. But with two children, they need a larger garden where their football-obsessed son can play: Lisney is selling 5 Railway Cottages, Sandymount, Dublin 4, now a 127sq m (1,367sq ft) three-bed for €750,000.

Number 5 is still single-storey but much larger than the original house, which had only a “livingroom, bedroom and rear bedroom/kitchen” as the 2007 brochure described it. The revamped cottage has a smart and unusual layout where most of the rooms open into the internal courtyard which is laid out with patios, a lawn and a rockery. It’s private, sheltered and gets the sun all day, says Deirdre.

A tall gate opens from the road into a narrow entrance courtyard paved with flagstones. Inside, on the right of the front hall, is the large open-plan kitchen/livingroom/diningroom floored, like the hall, with glossy white tiles.

The streamlined Leicht German kitchen is one of Deirdre’s favourite parts of the house, designed to make everything easy to hand. An island unit with a butcher block worktop marks the separation of the kitchen and living area: a recessed panel above it has downlighters. Two French doors open on either side of a fireplace - with its wood-effect gas fire – into the courtyard. The two double-glazed windows in the kitchen/dining space which look directly onto the road are frosted for privacy.

A long hall with a wall of floor-to-ceiling glass doors opening into the courtyard runs from the front to the back of the house: one of the three bedrooms has French doors to a small courtyard at the very back of the house; the other two double bedrooms open into the main courtyard. The main bedroom has an ensuite with a shower floored with mosaic tiles and a roof light as well as a good-sized walk-in dressingroom. The family bathroom also has a mosaic tiled floor and very high electrically-controlled windows.

A washer and dryer are concealed behind double doors in a large closet at the end of the hall. The house has underfloor heating, a heat recovery system and a B3 energy rating. It also has an electric vehicle charging point at the front. Parking is on street.

There’s pedestrian access from here to Lansdowne Dart station, which is a little bit closer than the Sandymount Dart on Serpentine Avenue.

‘I am 29 and have social anxiety. I have blown my chance at life’