Reworked in Rathgar with plenty of scope for €1.15m

Four-bedroom over-garden dwelling has been given a complete overhaul 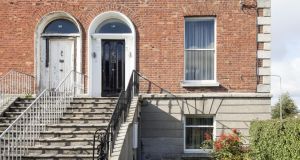 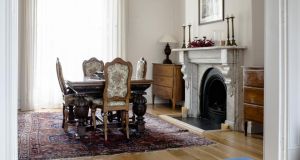 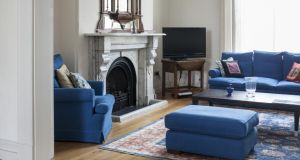 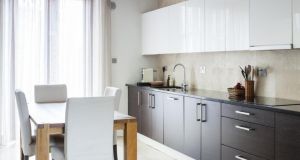 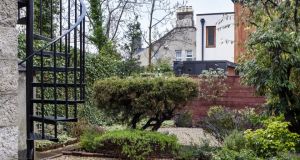 Garville Avenue in Rathgar dates from the Victorian era and is synonymous with the genteel leafy suburbs found in Dublin 6. Number 54, a two-storey over-garden level property is situated at the corner of Garville Avenue Upper and Rathgar Avenue.

Owned by the Murphy family since the 1960s, they decided to reinstate the property to a single dwelling five years ago. Eamonn Murphy, an architect and lecturer in architecture at Bolton Street, and his two sons Rory and Brian, who are also architects, developed a separate mews in the rear garden, and gave the main house a complete overhaul.

The property has two means of entry; a formal entrance up the granite steps and the easier approach at garden level into the newly converted basement which houses the kitchen and informal dining room.

Laid out in an L shape the dining area is large, and new owners with children may want to utilise this space as more of a family area. The kitchen, in high gloss units with granite worktops, has integrated De Dietrich appliances and access to the rear garden via French windows.

On the first floor, two handsome reception rooms have new oak flooring, original fireplaces, sash windows and ceiling roses. The interconnecting doors have been removed but are still on the property should new owners wish to reinstate them.

As the house has been leased to a single individual, two of the four bedrooms are used as a study and wine cellar respectively but can easily be restored to their original use.

The master bedroom, is bright thanks to a full height window and a smaller adjacent bedroom was transformed into a large well equipped en suite bathroom.

The garden, though smaller than its original footprint due to the mews, is well laid out with herb and shrub planting.

Number 54 standing at 236sq m (2,540sq ft), is in excellent condition albeit a fresh coat of paint is needed for the front door, and is available through Lisney, with an asking price of €1.15 million.