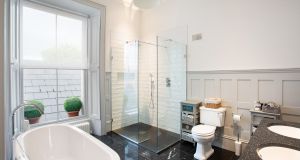 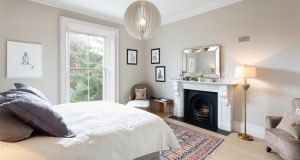 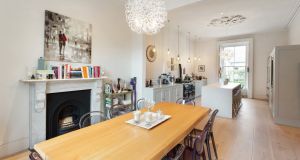 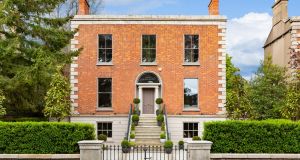 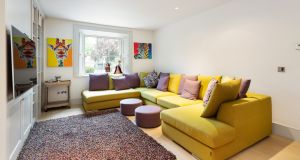 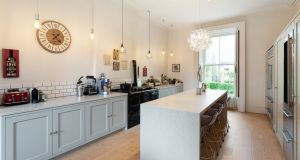 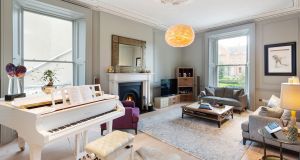 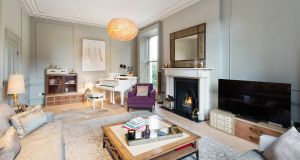 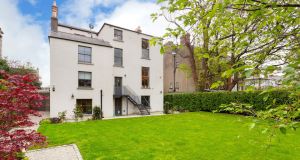 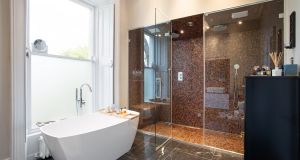 It has been just four years since Clarendon at 46 Terenure Road East, Rathgar changed hands and buyers who are still looking in this price category – it is now for sale through Sherry FitzGerald for €3.35 million – will recognise much about the fine detached Victorian property.

It had come to the market in 2015 following a major makeover that took three years – it had been divided into flats and offices when the then owners bought in 2008. By 2015 it was very much the upmarket family home, with design flourishes in every room, original features restored, a layout tailored for modern family living and luxury details throughout.

Reflecting its substantial exterior, the room volumes in the 1843 house are generous with high ceilings – decorated in the main rooms with elaborate plasterwork – and good proportions.

At hall level, off the grand entrance hall, the two reception rooms on the left have been knocked through with the kitchen installed in the rear room and the dining room located to the front. The Newcastle kitchen features an Aga and a large island. Across the hall is the drawing room.

Upstairs, the main bedroom suite runs from front to back and was created by connecting two double bedrooms, using the rear one for an en suite with a dressing area in between – so it is vast. There are two further double bedrooms upstairs while the remaining three bedrooms are down at garden level. Also down here is a large family room, and a shower room.

The current owners are a couple who relocated from France to Ireland with their four children for his work – she has an internet business and can work anywhere. They purchased the 373sq m/4,150sq ft house for €2.45 million (€500,000 below the asking price) in 2015. While it was by most standards in walk-in condition, they – by the owner’s own admission – are fussy and, having renovated several homes before, know what they like, so did some further tweaking at number 46.

Outside they completed the landscaping of the gardens using Greenseed Landscapes – including planting hedging to the front for privacy, and replacing the exterior metal staircase leading from hall level down to the rear garden, laying patios, and finishing the gravelled front driveway where there is parking for several cars.

Inside they weren’t happy with the light fixtures so replaced them; replaced carpets in the bedrooms with the same wideplank timber flooring as in the main reception rooms; and commissioned built-in storage for several rooms.

A key change they made was in the bathrooms. In the family bathroom they enlarged the shower and installed double sinks, while in their own en suite they went all-out for luxury – the shower is now a double which also works as a steam room and is wired for sound.

This road is earmarked for the new bus corridor, although Clarendon is set back 17m from the road.

The owners are on the move again, back to France.