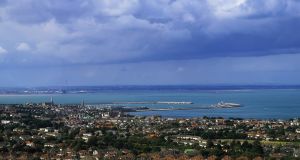 This clearly provides a ready market for builders and expect about 250 new units to come on stream on brand new sites in 2019 with a number of further phases coming from existing large schemes in Rathfarnham, Carrickmines, Stepaside, Leopardstown and Glenageary.

The decision last year by Park Development to sell its 262-unit Fernbank scheme in Churchtown, Dublin, in one lot for more than €100 million dealt something of a blow to buyers who had been awaiting completion of that scheme. And those holding out for Glenveagh’s Herbert Hill development of 90 apartments nearing completion in the heart of Dundrum are likely to be disappointed too. The developer has indicated that its preference would be to sell the scheme in one lot to a single institutional investor.

Those seeking greater affordability may look further to Cherrywood, though it’s likely they will have to wait a little longer for completion of what is effectively a brand new town in the south city suburb. Driven by Hines, when complete the €1 billion mixed-use development will have 1,269 build-to-rent apartments, 585,000 sq ft (54,348 sq metres) of retail and office space as well as high-amenity leisure space.

One of the dozen landowners is house-builder Cairn who three years ago acquired two lots totalling 10 acres with room to build more than 300 houses and apartments.

The house builder is currently conducting a feasibility study to try and get moving on permission for its first 100 houses, duplexes and apartments.

Located 500m from the Green line Luas stop (the second-last stop on the line heading south to Bride’s Glen), planning manager Aidan McLernon at Cairn says he hopes the house builder will have the first 50 homes completed by the end of this year.