Built in the 1850s, this French-style chateau comes with magnificent riverside gardens, a golf course and private fishing rights - and Henry Ford’s father was born on the estate 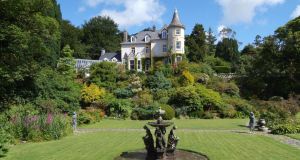 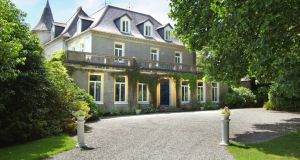 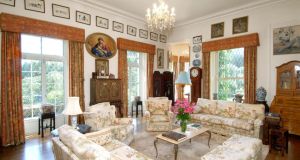 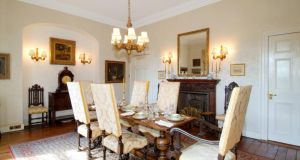 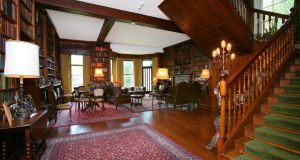 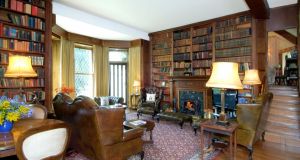 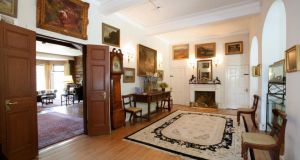 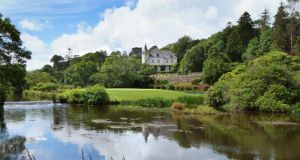 Perched above terraced gardens dropping down to the banks of the Argideen river, near Clonakilty, Lisselan House cuts a fairy tale dash. It was built in the 1850s to a French chateau design by William Bence Jones – the single-tower style quite a departure from the more prosaic Big House designs of the day.

The story goes that Bence Jones – a landlord and agriculturist who passed on new farming techniques – marked out the foundations with his three daughters. Despite his largesse with learning, he never quite won over his tenants, who during the Land League boycotted him after he continued to charge rack rents over Griffith’s valuation.

Many tenants left for the US, including William Ford and John Ford, father and grandfather of Henry Ford. The site of the first carmaker’s ancestral home is marked today by a thick copse of trees in a wide field on the 315 acre estate.

Fittingly, the car connection endures. The current owners, the Blackburn family, who bought the estate in 1990, hold the agency for the Mitsubishi company in the UK. The rear yard of Lisselan houses a selection of vintage cars including a pristine Model T Ford.

The Blackburns used the estate as a holiday home, often entertaining Japanese visitors. The peak, however, must have been in the mid-1990s when the family enjoyed many successes with their Cheltenham Gold Cup winning racehorse Imperial Call, trained locally by Fergie Sutherland. (The champion, now 25, lives with his stable lad, David O’Connell, near Macroom.)

The Blackburns have decided to sell the estate with an asking price of €9 million through joint agents Sherry FitzGerald and Knight Frank.

Cork Exhibition of 1902 Lisselan’s setting is its major attraction and 30 acres of spectacular Edwardian gardens have been progressively developed since the time of the Bence Joneses, who created the formal gardens on both sides of the river and added a fabulous double-height glass and ironwork conservatory in anticipation of the Cork Exhibition of 1902.

The house extends to 1,000sq m (10,764sq ft). The polished floors of the main receptions at ground level flow into each other. This is clearly a great house for entertaining. The central book-lined library hall with its floor-to-ceiling bay window, carved wood Adam- style fireplace and wide wooden staircase, is straight out of a Hitchcock movie.

The main receptions off it are bright and airy with views to the garden below, while other smaller rooms create a clubby feel.

In 1929, the Stanley family took over the house and lived there for 60 years, putting down strong ties in the community.

The estate also has exclusive rights to a mile and a half of sea-trout fishing. Wooden bridges traverse the river, while flagstone pathways and tree-lined walkways weave through the gardens of mature shrubs, tall trees, ferns and a rose-covered pergola. 1946 refurbishment The Stanleys closed the eight- bedroom house in 1946 for more than a year to carry out refurbishment work, some of it slightly regrettable. For instance, they extended to the front, adding space to the entrance hall, and a gun room, a cloakroom and a tiny kitchen, with a railed veranda above.

The windows here are uPVC, something of a let-down, and the additional hall space seems a little annexed.

Upstairs, there is a riot of veneer panelling in most rooms and washhand basins at every turn.

The vast basement could make a fine contemporary kitchen that could take advantage of light from the rear courtyard. Idyllic setting At some point, one of the younger Stanleys started a business in window grills, and by way of support, it seems, Stanley senior signed up for one of everything from the catalogue. Most windows on the ground and first floor are covered with these unsightly additions. However, they can be easily removed, and the exterior rough-dash cladding replaced with a proper limestone render which would elevate the facade.

This is a one-off house in an idyllic setting, with 170 acres of lush grassland, farmyard buildings, stables, cottages and lodge houses. But the heady €9 million asking price doesn’t reflect the work required on the main house to bring it up to the standard it deserves. The new owner will need a passion for pleasure grounds and an appetite for restoration.