Branch out with a supersized Blackrock garden for €1.25m 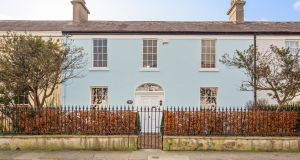 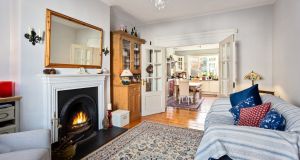 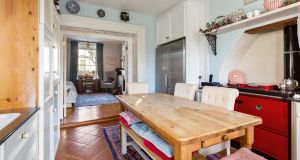 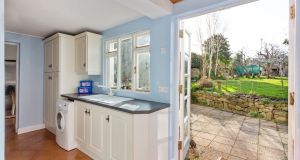 Utility area opening to the garden at 4 Sydney Avenue, Blackrock 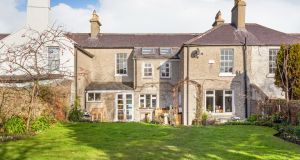 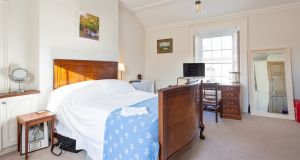 Number 4 Sydney Avenue was built in the 1850s as part of the Frescati estate and the road – which is lined with handsome period houses, some built earlier than that and in many different styles – is one of the most popular in Blackrock, not least because it is a short walk to the village.

The family who live in number 4 moved in nearly 20 years ago – converting what was then a house carved up into bedsits into a comfortable, bright family home. As their three boys came along they thought of moving five years ago, putting the house on the market, but withdrawing it soon after because the house they were to move to fell through. Now, though, the family really do need more space, and the three-bedroom house with 159sq m (1,711sq ft) is for sale through Lisney for €1.25 million.

The surprise for buyers looking at number 4 is that it has an enormous back garden. At 50 metres long, it has a rear pedestrian entrance and is under lawn fringed with flowerbeds and shrubs. A large treehouse is included in the sale.

Double-fronted houses tend to look and feel larger than they are – with an attractive flow to the room layout inside – and it’s the same here. Inside the front door on the right is a comfortable livingroom with an attractive chimneypiece. On the left is an another livingroom, also with an open fire; this room opens directly into the eat-in kitchen at the back. There’s an Aga, painted timber cupboards and a terracotta-tiled floor.

Running along the back of the house is a utility room and separate shower room, a layout that, while practical, is one that is most likely to change as the livingroom opens into it when ideally it should open directly out to the back garden. It’s likely too that new owners might seek to add an extension, perhaps a two-storey build to give extra bedrooms upstairs and a larger kitchen downstairs; given the length of the garden, finding space to extend out across the rear won’t be a problem. The house is a protected structure.

To the front is a small railinged garden and parking is on-street. With cars parked on either side, it’s a narrow road in places, but the arrival of paid parking some years ago – with permits for the residents – has made a huge difference when it comes to finding a space.