A lot done, no more to do in D16 redbrick 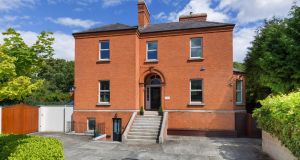 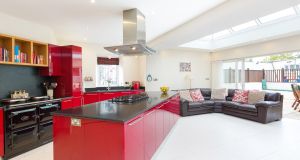 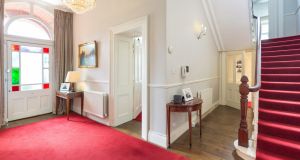 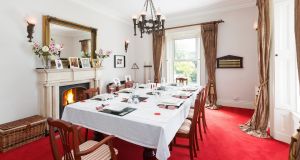 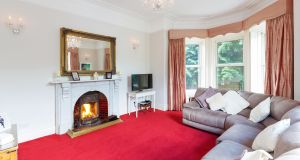 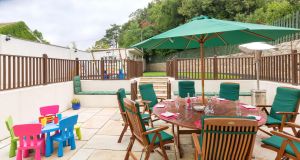 Every house has a story to tell. The tale of how Westerton House came to be built is livelier than most. The year was 1870 and, facing a life with two daughters who heartily disliked each other, a Mr Brooks of south Dublin found a solution by building a house for each one. The land-owning Brooks family was not short of money and the back-to-back houses built by papa Brooks, facing west and east and called Westerton and Eastwood, were elegantly large, identical in every way and given generous gardens. Each house had, of necessity, a separate entrance driveway.

And so it is today. Westerton House, with a redbrick facade and granite entrance steps at the end of a nicely private driveway off Ballinteer Road has sheltered many lives in its nearly 150 years, seen roads and smaller houses spring up around it and, through it all, retained the grace and dimensions of its time. It is also, arguably, in better condition than at any time since it was first built.

Vendor Fiona Garvey moved in with her family in 2008, 18 months after buying Westerton House for €2.4 million. “It had to be completely gutted,” she explains. “There was dry rot in the basement. We excavated the garden at the back and added a patio and an extension with a Newcastle Design kitchen/family/diningroom, Aga and utility. We put underfloor heating at garden level and dry-lined the walls. Everything’s done. It’s ready for new owners.”

The 2006 price of €2.4 million has dropped to €1.495 million for 360sq m (3,875sq ft) of living space on three levels. There are five bedrooms, four reception rooms, open family/dining/kitchen, three bathrooms, sauna and both garden and hall level entrances. Agent DNG is looking after the sale.

With sensitivity towards Westerton’s provenance Garvey has carefully restored original features and, where this wasn’t possible, sourced and/or had features such as period ceiling roses refurbished and refitted. The hall floor diningroom, like other rooms at this level, has 11ft high ceilings and fine plasterwork. It has a dark cream marble fireplace, an impressive Gothic-style chandelier and a significant table that doubles for games of snooker. The sittingroom has an original, grey marble fireplace and bay window, a study has floor-to-ceiling mahogany shelving. A kitchen on this floor has steps to the garden and is used for catering.

With a family of three children in residence the garden level is currently the most lived-in space. Extensive kitchen fittings and worktops are a ruby-red colour, the floor is white porcelain and a sitting/family area fits nicely into a window curving into the patio and under an atrium-style roof light.

One of the bedrooms is on this level, as is a playroom and sauna. The remaining bedrooms are on the top floor, with a family bathroom on the return. An attic is floored for storage.