Property Clinic: It’s important to identify the source of a problem before attributing blame 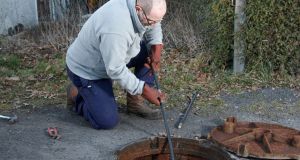 I live in a terraced house. My neighbour’s house is on a corner and the manhole is located there. The manhole is constantly blocked. When I check my chamber in my back garden I find it full of foul water. So far, in the space of four weeks I’ve had to rod the main manhole on my neighbour’s property three times. I’ve done this for the last year or so since I bought my house, and I’m pretty fed up with it.

My neighbour’s house is occupied by an elderly person and occasionally I’ve mentioned this to her son when he calls around; he said it has been going on for years. If I don’t rod the chamber the sewage will come up in my back garden. It’s just a nightmare. I would not have bought the house if I’d known about this problem.

The blockage seems to be out on the nearby main road. As soon as I put eight or nine rods down and push really hard, the source of the blockage eventually flows away. I’d really appreciate your help on this.

The situation you describe is certainly unpleasant, and it is unacceptable that you have to repeatedly resolve it. It’s likely that there is an obstruction to flow, such as a damaged section of pipe, a damaged joint or settlement of part of the pipe, that is the underlying cause of the blockages.

One of the following three situations is likely to apply:

(a) The blockages are occurring on the public road (includes footpath), ie outside private property.

(b) The blockages are occurring within the boundaries of properties, all of which are in private ownership.

(c) The blockages are occurring within the boundaries of properties, some of which are occupied by local authority tenants.

Based on the use of eight or nine rods, you indicate that the blockages may be as described in (a), ie on the public road. Irish Water is responsible for the maintenance of the wastewater drainage system located on the public road. In this situation you should contact Irish Water and request that the cause of the blockages be investigated and resolved.

If the situation is as described in (b), responsibility lies with the householders whose wastewater systems are connected to the pipe along which the blockages are occurring. This may involve up to six or eight houses.

It is not necessarily the sole responsibility of the householder on whose property the problem becomes apparent as the cause of the problem is frequently located elsewhere along the pipeline. Co-operation between householders is necessary to share the cost of a basic CCTV survey and/or to engage a competent contractor to investigate and determine the cause of the blockages, and also to agree costs to carry out the necessary remedial work.

If the situation is as described in (c), ie including local authority houses, a blockage may be cleared by co-operation between householders. However, the customer services section of the local authority should be informed if remedial work is required on its property. It will arrange to have the situation assessed and will advise on its degree of responsibility.

If some householders refuse to cooperate in allowing access or refuse to agree to remedial works, there is provision under water services legislation to take legal action. Your solicitor will advise if the situation warrants legal action.

There are several reasons why a wastewater pipe may be damaged, including changed ground conditions causing settlement or distortion, heavy vehicular traffic causing compression and quite frequently, the construction of a foundation for a wall or house extension without providing adequate clearance around the pipe. Such foundations should be designed by a competent professional and their construction checked to ensure compliance with the design.

Wastewater pipes should be used for the purpose for which they are designed. Anything that increases the risk of a blockage should not be permitted to enter the system. Inappropriate use and a damaged pipe inevitably lead to blockages.

Patrick Shine is a chartered geomatics surveyor, a chartered civil engineer and a member of the Society of Chartered Surveyors Ireland, scsi.ie