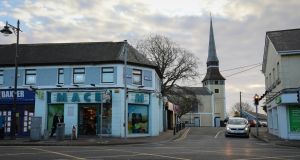 Almost 50 years ago, Blanchardstown was a tiny village with a gently busy main street, surrounded mainly by greenery and forests. These days, however, Blanchardstown has sprawled to become one of the most densely populated suburbs in Dublin. Estates and developments have sprung hither and thither to create their own neighbourhoods (like Tyrrelstown or Damastown), while the Blanchardstown Centre has had a hand in changing the village into a buzzy metropolis in its own right. With 200 shops and space for 7,000 cars, the Blanchardstown Centre has everything a shopper could want. Bars, restaurants, cafes, a library and a theatre have sprung up within the site. A number of large companies like eBay followed suit out to west Dublin, so Blanchardstown can often feel buzzier than most other towns. Amid the seismic change, the main drag is still recognisably quaint. With great transport links to the airport and city centre, Blanchardstown offers plenty of value and convenience for house buyers.

As with any densely populated area, traffic can be a bane, especially on weekends and Thursday evenings, when shoppers are making that retail pilgrimage. Blanchardstown has endured some bad press in recent years thanks to organised crime activity (Dublin west, which includes Blanchardstown, recorded the third highest crime rate in the country last year, with 539 offences per 10,000 population). Yet as an area, Blanchardstown is so spread out and diverse that it’s possible to live there and still be far from any anti-social behaviour.

Coolmine Boulevard is a mature and quiet part of the area, yet still near the action. Number 46 is a good-sized three-bed semi-detached house complete with study, utility room and a decent-sized back garden (€425,000, via DNG Castleknock). Waterville is a well-maintained development, and 21 Malin Hall is a spacious penthouse apartment with a wraparound terrace boasting better views than most apartments (€295,000, via Sherry FitzGerald Castleknock). 33 Springlawn Heights, within shouting distance of the centre, provides an opportunity to buy a four-bed, three-bath semi-detached family home (€399,000, via Duffy Auctioneers). If you want a home that needs literally nothing but your own sofa, 9 Main Street (€360,000, via Moovingo) is near the original shopping centre, as well as some great restaurants and pubs.

The Main Street has some well-regarded gems. Rudy’s restaurant (17 Main Street) is a cosy spot with good cocktails, while Maximilian’s Bistro is a great wine and piano bar that’s great for something a little bit special. Browne’s Steakhouse (The Plaza) is also popular, as is Thai Garden (Church Avenue). Formerly The Vineyard Bar, The Black Wolf (Main Street) is a modern spot with great craft beers and a younger clientele. In terms of local bars, The Bell (Castleknock Road) and the Greyhound Inn (15 Main Street) are long-standing favourites. The Centre, of course, has 25 restaurants and coffee shops on site, including Nando’s, Captain America’s, Wagamama and (of course) the very well attended Krispy Kreme outlet.

Parts of Blanchardstown boast a long-standing community; neighbourhoods where generations of locals have grown up and simply stay on in the area. Yet much of Blanchardstown is made up of a wide swathe of ages, nationalities and income brackets, making it a fantastically diverse part of Dublin.

As suburbs go, Blanchardstown has a wealth of transport links. An hour in the car will get you from the city centre to Blanchardstown on a good day (otherwise, prepare to sit on the Navan Road for a maddening spell during rush hour). You’ll never wait long for a Dublin Bus to connect you to Blanchardstown: the 17A, 37, 38A/B/C/D, 39/A, 40D, 70, 76A, 220, 236, 238, 239 and 270 routes all move through the area. An Arrow train gets you into Connolly within 20-25 minutes (from Castleknock, Coolmine or Clonsilla). The nearby M50 also means that the airport is around 20 minutes away by car.

“People have very different views of Blanchardstown, but that’s because it’s a huge place with so much going on in it. It may not have a large high street, but the Centre makes up for it with all the amenities. There are plenty of young couples and kids around the village where I live, and the third-level in Blanchardstown (TU Dublin) means there is a fair amount of young people milling about. There are parts that wouldn’t be described as overly pleasant, but you could say the same about anywhere. They’re easily avoided. But to me, it’s a really brilliant place to live, with everything I could want,” says Pat Spillane, retired.

“I grew up in the 70s and 80s on Roselawn Road, Blanchardstown and now live in Laurel Lodge, ” says Catherine Bourke. “There are a lot of us natives who either never moved away or else came back. There is a small but important Irish language movement in Blanchardstown with a number of naíonra (pre-schools) and a fantastic bunscoil (primary school), Scoil Oilibhéir in Coolmine. They organise adult classes and pop up Gaeltachts in the local area.

“I love the feeling of driving over the hump backed bridge coming from Castleknock into Blanchardstown. There is a fantastic park called the Millenium Park which is looked after brilliantly by Fingal County Council.”

Do you live in Malahide? If so, please tell us what’s good, and not so good, about your neighbourhood. Email homeanddesign@irishtimes.com