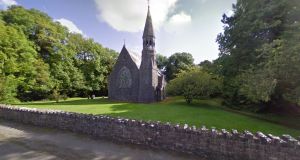 While church attendance in Ireland is dropping, the busiest day of the year for congregations to assemble is Christmas, and for some Christians it is one of the only days of the year they step inside a church. Figures for Church of Ireland attendance average at 58,000 over three Sundays which rises sharply to 108,000 for the Christmas rite, an indication that the Christmas tradition of church attendance is still alive and well.

Increasingly though, ecclesiastical bodies are selling off more and more churches. According to the Royal Institution of Chartered Surveyors (RICS) in the United Kingdom, about 500 churches in London alone have been turned into homes in the past five years.

A recent survey conducted by the website propertyfinder.com found that church conversions were the most popular choice among users for a converted living space, with 60 per cent of respondents preferring to live in a converted building rather than purpose-built accommodation.

These old churches which sporadically appear on the Irish market, offer an opportunity to transform an interesting heritage building into a very unique home, subject to planning.

St Nicholas’s Church at Moyliskar just 8km outside Mullingar, has come to the market through REA TE Potterton seeking €170,000.

As it is a protected structure, its planning will have strict guidelines, but the people who seek out such properties are those with an interest in originality and character.

“I have sold a few old churches over the years, and some have been converted to very unique homes, so there is precedence for planning,” says Potterton.

The church, decommissioned more than 30 years ago, has been placed on the market by the Representative Church Body (RCB) of the Church of Ireland and retains some wonderful ornate stained-glass windows, a rose window, Gothic doors, a belfry and an ornately tiled floor in the chancel. For added interest there is a vault underneath the chancel.

At present the property extends to 139sq m (1,500sq ft) but this space could be increased with the addition of a mezzanine as other church conversions in Ireland have done.

A good example of such a conversion is that of the old Anglican Church at Kilgallan near Westport in Co Mayo. This project featured on the Channel Four Grand Designs programme. Host Kevin McCloud said: “It’s the best I’ve ever seen” of the conversion by Irish architect Andrew Lohan.

The church in Moyliskar is in far better condition than Kilgallan was pre-conversion – it had trees growing inside the crumbling walls.

Normally planning regulations for structures such as these dictate that the exterior can have minimal alteration, but the two major concerns for buyers will be heating and noise – as churches were built to carry sound – and have little in terms of insulation.

But by engaging a good surveyor and conservation architect to achieve planning, St Nicholas’s Church, which stands on a mature site of over 0.7 of an acre, has huge potential.

There has been some UK and Irish interest in the property since it went on the market in November for both residential and commercial use. It lies opposite the popular attraction of Belvedere House so is on a tourist route, but really what this is crying out for is to become a truly unique home.

Just imagine the wine cellar you could have in the vault, taking morning showers in a 19th century cut-granite tower, not to mind entertaining guests around the old pipe organ for carols in a room that will happily accommodate the tallest of Christmas trees.