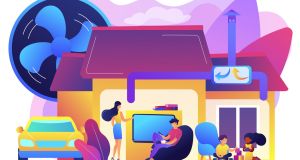 How clean is the air in your home? Illustration: iStock 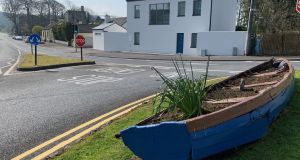 ‘The key to a healthy home is air quality’: the new-build airtight home in Co Clare, constructed to specifications designed by building surveyor Fergus Merriman 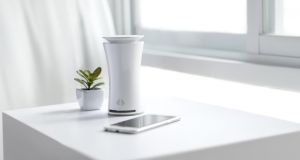 Covid has brought the subject of air quality into sharp focus, with the air we breathe in our homes and workplaces coming under particular scrutiny. After all, we spend 90 per cent of our time indoors – in our homes, cars or offices.

The theme was even the subject of a recent Society of Chartered Surveyors Ireland conference late last year, when Prof John Macomber, a senior lecturer at Harvard Business School, gave the address Healthy Buildings: What Will We Measure and How Will We Know?

“We’re all increasingly aware of air pollution outdoors, but interior air can be five times more polluted than its outdoor counterpart,” says Graham Mills of UK-based Air Profiling, a company that monitors and manages air quality in commercial buildings and whose uHoo device is just one of several off-the-shelf air quality detectors that home owners can purchase to measure indoor air quality. Notably, the device also measures how your current indoor air quality might enhance or impede the survival of harmful viruses.

Climate change and its effects, such as the bush fires in Australia and California last year, put air quality top of the global news agenda. While the idea of an indoor air quality rating system for homes – something that might sit alongside the current Building Energy Rating (BER) to help give home buyers a better sense of what they’re buying – still seems a long way off, the Irish Green Building Council launched a voluntary rating tool a few years ago.

Whereas a BER rating solely assesses energy performance, the Home Performance Index takes a more holistic approach and measures about 30 factors, including wellbeing and indoor air quality. It is used on new-build homes only for now. Pension fund purchasers request it as part of a range of sustainability standards, explains chief executive Pat Barry. He’s pushing for a building renovation passport that will set out exactly what processes and materials have been used, offering a more joined-up way of thinking rather than single measures. For ordinary homeowners, the question is: who is going to pay for such certification? His advice to buyers of new homes is to request an airtightness test in their conveyancing.

The uHoo, which looks a bit like an Alexa and costs about €400, is a helpful home device that makes air quality “visible”. Its features include an airborne virus index that could help you better monitor contagions. It also measures humidity levels, including damp within the home. The spores from black mould, caused by damp and badly ventilated spaces, can cause infections in the lungs.

It also logs the presence of VOCs (volatile organic compounds), a group of chemicals that are emitted by certain floor cleaning products, woodwork and wall paints, varnishes on flooring and furniture, carpet underlay and the foam and some fabrics used in seating or soft furnishings. “VOCs are gradually released over time but you can still be inhaling them after a two-year period,” Mills explains.

Materials used in building construction have grown from less than about 100 at the turn of the 20th century to a whopping 55,000 in 100 years, says Niall Crosson, group technical manager at Ecological Building Systems, a supplier of green building materials. “About half of these are synthetic and some off-gas [release airborne particles] or expel chemicals,” says Crosson.

“There are concerns that these could be harmful and this is where air monitoring would help,” says Andrew Lundberg, a building physicist with Passivate Building Consultants.

The presence of mould, condensation and/or a gathering of dust can all indicate poor air quality – visible signs would-be home buyers should look out for, he explains. “Such pollutants can invade the home through gaps, draughts and windows.”

He lives in an A-rated airtight home in Ashford, Co Wicklow. Part of the house dates from 300 years ago and it had all of the above problems when he and his wife bought it as a G BER-rated building in 2014. While he could tell by sight what needed to be done to improve its interior air quality, he says that you would need to monitor temperature and humidity readings for about a two-week period to get a real sense of the air quality, something that isn’t currently covered by the building survey home-buyers receive before committing to the purchase of a property.

While there are ways to measure interior air quality, there is no requirement under law to do so, at least not yet, Lundberg says. But having recently installed a wood-burning stove in the house, a device that scientists at the University of Sheffield recently reported can triple the level of harmful pollution particles inside homes, he is using a uHoo device to monitor the air quality and conducting some tests to see how the stove affects air quality when lit, and what if any pollutants are present.

“Every household lives in a home in a different manner and factors that affect air quality include the number of occupants using that air and what manner of cooking is used – high temperature wok-frying emits more particles than boiling or roasting in the oven, for example,” says Simon Jones, commercial director of Aereco, which sells ventilation systems. He is also the representative for Ireland regarding ventilation and air quality at the International Energy Agency.

“Investing in an airtight space and a mechanical ventilation system will allow home owners to utilise every room, rather than reducing use to one or two main rooms, for the property will be consistently warm with pollutants screened out.”

But their use comes with a caveat. “Mechanical ventilation needs to be managed and used as prescribed for it to do its job effectively. Not switching it on to conserve bills will result in a cold house that may demonstrate mould regardless of its BER rating,” Lundberg explains. Filters also need regular cleaning to maintain optimum air quality.

But such options are costly. One simple way to improve indoor air quality perhaps can be found in house plants. According to 2016 study by Vadoud Niri of the State University of New York at Oswego for the national meeting of the America Chemical Society, some house plants can absorb certain VOCs such as acetone, benzyne and formaldehyde. Broneliad, dracaena and Caribbean tree cactus performed best in the study.

Whatever the airtightness of your existing home, you should open windows once a day, ideally in the morning, for about 10-15 minutes to purge the house of pollutants, especially CO2 in bedrooms, Barry says.

What is the cost of an efficient breathable home?

While the BER rating has opened homeowners and buyers to aspects other than the aesthetic qualities of a home, he says improving indoor air quality is about creating a building envelope that is airtight but breathable.

In 2017 he designed a new build steel-frame, prefabricated house, for a client in  Co Clare, who gave him the freedom to specify the most effective way to achieve his dream within his budget, a 140sq m, two-bedroom home for €140,000.

Merriman used materials that could perform multiple functions. Magnesium oxide board, for example, was used to create its airtight envelope. It is similar to dry wall or cement board, but is also fire resistant, strong, vapour permeable and airtight as well as being cost effective and recyclable.

“Once you’re in control of the envelope of the house, then you can start to control air quality. The key to a healthy home is air quality.” He specifies a Nilan compact P exhaust air heat pump recovery unit, which recycles more than 100 per cent of the energy otherwise wasted in stale air exhaust, resulting in very low running energy and “free” domestic hot water. The system runs 24/7 so the internal environment remains stable at the set temperature, and excess water vapour is expelled, reducing stress on the structure and envelope.

He has also worked on the retrofitting of second-hand homes. A recent project, a 138sq m stone cottage dating from the 1800’s, cost slightly more to upgrade - at €160,000 - than it would have done to build a new energy efficient home from scratch. “It would have been more cost effective to have knocked it but the original property has now achieved an A1 BER rating.”