This Dublin gallery owner describes his style as contemporary with strong classical influences, but for all his eclectic interests he favours painting over other art forms 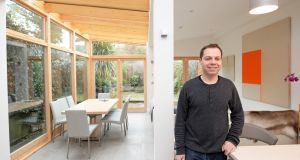 Home comforts: ‘We feel as though we’re actually sitting in the garden,’ says Oliver Sears, in the extension to his home in Ranelagh, Dublin. Photograph: Eric Luke 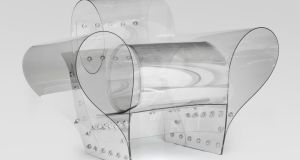 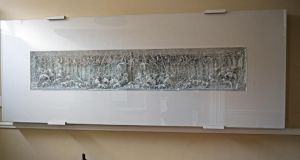 While my tastes are broad, I like and need lots of light and space. I like somewhere with classical elements and original features – but without it looking like a museum. Contemporary with strong classical influences would sum it up best.

Which room in your home do you most enjoy?

The gallery is in a Georgian building, we live in a Victorian house, and my favourite room is a contemporary extension. We bought the house in 2013, and renovated it completely. We had a clear vision of what we wanted and worked closely with a wonderful architect, Claire Hyland, to realise it.

The extension includes a kitchen/dining/living area, and has a glass box giving on to the garden. The side wall of the garden is covered in ivy, and there’s a Japanese red maple in view, and we can also see trees in neighbouring gardens, so when we’re there we can feel as though we’re actually sitting in the garden.

What items do you love most?

Working with artists for a living, you come across a lot of amazing work, but I think there are four artworks at home that I’m particularly fond of. One is a three-dimensional battle scene made with white limed figures by Cathy de Monchaux. It was influenced by Paolo Uccello, and the almost completely white tones create an ethereal presence.

At the Victorian end of the house, I have an Elegy, by Robert Motherwell. It’s a classic work made in response to the Spanish Civil War that attempts to represent the shape of grief: one of those rare pieces that is complete, powerful and restrained. I have a figure of a man holding a falcon by ceramic artist Claire Curneen – it’s white with blue and gold elements, and she employs exquisite techniques.

And finally, a Kate Davis piece, The Ecstasy of St Theresa. It’s a portrait based on the famous sculpture by Bernini, but the image is made of hundreds of pinpricks of different sizes, designed so the subject is staring out; the opposite of the male gaze.

Who is your favourite designer? Do you own any of their work?

It has to be Israeli designer, artist and architect Ron Arad. He made a limited-edition Perspex chair to raise money for the Barbican in London, and I’m lucky enough to own one. I also have a corner desk made in the 1990s by John Makepeace, the godfather of modern furniture-making in the UK and the design and craftsmanship are exceptional.

Which artists do you admire?

I have no problem with this; all my gallery artists. But if I could reach back in time, I’d include Da Vinci, Velasquez, Picasso and Rothko. Each of these artists broke the mould of their time, changing how we look at art and, in turn, ourselves. Individually, each has an aesthetic that probably influences my taste more than any other. And yes, for all the breadth of interest I have, there is an unabashed leaning to painting.

Heavy, dark furniture, and anything that consumes space for the sake of it. Too much furniture is bad for a space too.

Travel destination that stands out?

It has to be Japan. We went there last April and became another couple of westerners, swooning over the experience. Nothing quite prepares you for the aesthetic, the respect for everything and everyone, the slow and thoughtful pace that is the fabric of daily life, and the wholly unexpected, seemingly unlimited kindness of strangers.

A work by Adrian Ghenie. He’s a Romanian painter from Klug whose portraiture and scene setting hit a nerve and stir emotion that few contemporary painters manage.

And failing that? A small rose-period sketch by Picasso. The idea that one can still buy a good work by this towering genius at this level is compelling. The more I see his work, the harder it is to reject.

Woods by Ed Miliano is at the Oliver Sears Gallery until March 10th oliversearsgallery.com

Reborn in a barn: A farm-fresh take on rural design
7