A successful succession at Bantry House 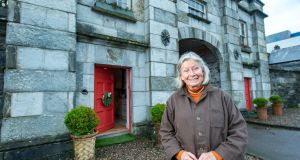 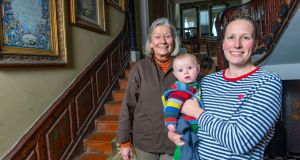 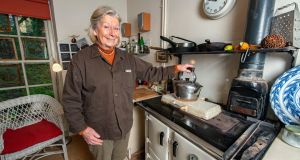 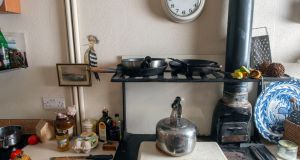 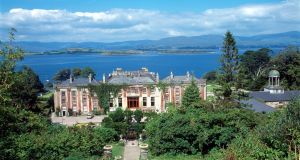 After many years at the helm of one of Ireland’s best-known grand houses, Brigitte Shelswell-White is enjoying the freedom she’s had since handing it over to the next generation. Now, instead of facing into a new year of never-ending renovations and upkeep, she’s looking forward to life in the small house she can lock up and leave whenever she feels like getting away.

Austrian-born Brigitte came to Ireland 40 years ago. She was in her 30s, in a relationship with a painter. They saw an advert for a house in Ballylickey.

“I said what a funny name, let’s move there!”

As a trained picture restorer, she first visited the nearby Bantry House in that capacity.

“It was a sad, neglected house. Beautiful, but derelict with bits falling off. My boyfriend asked what’s it like up there and I said wonderful, but it’s had it. I never though ooh I would like to get my hands on this place, but when I met my husband I felt oh I want to get my hands on him.”

It was at the local lifeboat dinner-dance, where she’d gone with her artist boyfriend, that she first met Egerton Shelswell-White, the owner of Bantry House.

“Egerton didn’t like dancing. I enjoy a bit of fun. My boyfriend didn’t dance either, so I was sitting there with two boring men. Later I left one and married the other.”

The early days of living at Bantry House were tough. With her professional background she was aware of what she was taking on in the house, with its 49 rooms, 17 bathrooms, roomfulls of paintings and neglected antiques. Some distrusted her motives.

“One, I fell in love with my husband. Two, I wanted a home. Not necessarily of this size, but I wanted to settle. It just happened that this house came with the man I wanted to settle with. There was gossip – who’s that woman, what does she want, why is she here?”

Brigitte got to work at the most basic level.

“I got scrubbing and clearing. The leftovers after my mother-in-law died. Drawers needed to be cleared. There were shopping lists, gloves, a corset from the previous generation.

“Next we made a flat in one wing and had our four children, Sophie, Sam, Anna and Julie. That kept me busy.”

She and Egerton explored ways to create revenue streams, and moved into serious restoration to halt a decline into dereliction. It was and still is an enormous challenge.

“What we earned had to pay for it. That takes stamina. We got on with it, but a week didn’t pass where we didn’t wish somebody would come with money and buy the old heap. We didn’t mean it. It was said in despair.”

When somebody did come with an offer though, they seriously considered it.

“They wanted to make a hotel. They said we want to do this and that. There was a great big copper beech tree in the garden and they said the tree must go. Actually it did have to come down later anyway, it was dangerous. It was a decent offer they made, but we said how dare they suggest the tree will have to go.”

Brigitte and Egerton continued with the work themselves, though it was a struggle. The credit with the banks dried up. They thought they would sell up if none of the children wanted to take it on. They sold some of the remaining land to the council and created a B&B in one wing. They set up a tea-room, opened the house and gardens to tours, venue hire and weddings. The Masters of Tradition and Chamber Music festivals in the house were set up. Still it was hard.

They decided, at one stage, to sell the entire contents of the house. It was, she says, about more than just raising money.

“Ownership without looking after things is not good. It’s like owning a dog. You cannot neglect it. I felt that about the things because I was in the business of restoration. The sale didn’t happen though, which was a blow, because nearly every piece was needing work and we couldn’t afford it.”

By chance Brigitte made contact with a conservation institute in Stuttgart that now sends over conservators to stay at the house and work on restoration projects there. The alliance has renewed hopes going forward. To Brigitte it’s not just about the house though, it’s about survival of a family.

“I’m moved when I go to the church and see the plaques of the previous Whites. I think gosh, there’s a continuity which was lacking in my early life because it was just gone. The family had the house since the 1730s. They came to west Cork in the 1690s from Limerick.”

That sense of duty towards keeping the house going for future generations is something Brigitte is acutely aware of.

“It went through turbulent times in previous generations, but it had a magic for the family despite the improbability that it would survive. There were financial problems in the 1890s. When Egerton’s grandfather died in 1920 the debts were higher than the value of the place. They had to hang on, they had nowhere to go. They came with the Normans, so they were not Anglo-Irish. In a way they were forgotten people. The Anglo-Irish went home to England, but not them.”

Egerton got ill in 2010. The following two years were, says Brigitte, very difficult.

“He had lymphoma which went into his bones and his spine. This house is impossible if you can’t walk. So that was very traumatic and sad to see. When he died in 2012, Sophie had been managing for two years.”

For the following two years Brigitte lived in the house, alone.

“One creature in this vast emptiness. It’s odd and not the healthiest way to live. If you run the house you have to live here. So it was decided that Sophie and her family would move in.”

Brigitte moved to a gate lodge in the grounds. Sophie continues to manage the house, with brother Sam looking after the garden and sister Julie also helping out. Brigitte leaves her children to the tasks of the day-to-day decision-making and running of the house and gardens.

“I’ll help if I’m needed. I still come up and criticise, which is most popular. As a picture restorer I see the small things, so I can be irritating I think. But I’ve found out something wonderful – that I am not responsible any more.”

Is that a liberating feeling?

“Not in the beginning. But I had to be honest with myself and ask did I want to do the daily running? The answer was no. If you don’t do the daily running, then you’re not responsible. If they want me to clean on my hands and knees I’ll do that, but the children are a strong, loyal team.”

Does she feel a sense of pride, as a mother, to see how they are coping?

“I feel a sense of surprise. They always said they didn’t want to be here and now they seem to enjoy it. We never put pressure on them to take it on, but the children were brought up in west Cork. Every bit of money went into this place, not into private school or whatever. They feel this is home.”

As for moving into the gate lodge, it took some getting used to. “At first I thought it smelled funny. I didn’t like it and I couldn’t seem to get over the horrible aroma. I tried candles and scented sticks and things. And then one day I came up here and I realised I missed this smell, the house smell. The gate lodge smell was all clean and fresh smelling and not the dusty, musty smell of here.”

After settling in and eventually acclimatising to the aromatic challenges, day-to-day life has taken on something of a routine.

“I wake up early and look at Mr Trump on my iPad. I’m hooked on the news like I never was. Then I get up and toddle up to the garden and float about. Most days I have other things to do.”

“Sometimes I get frustrated, thinking I want to see this all finished, but then I say: don’t be absurd, that can never happen. Now I want to travel. Go to China. That’s feasible. I’ve been lucky, I’ve had a lot of independence and mostly met lovely, lovely people who were very good to me. You think of the different lives people have and you realise this is fantastic. Life is fun, actually. I want to be with the children and the grandchildren and just live. You know, surviving is the thing really.”