Old school look with modern flourish in Blackrock for €2.45m 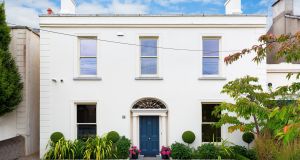 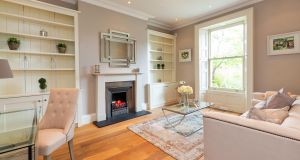 The property is in pristine condition 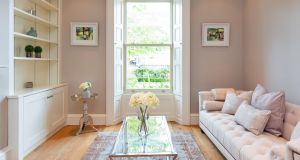 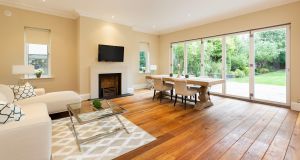 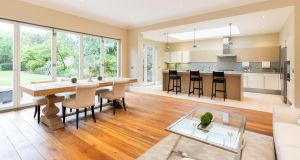 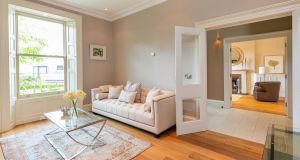 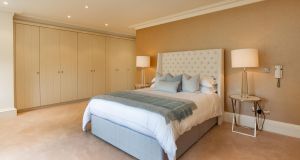 One of the four large bedrooms 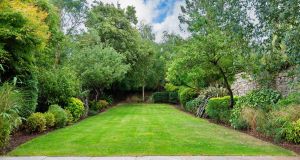 A double-fronted early Victorian house built in 1844 was totally refurbished and extended in 2007 by the property investor who bought it in 2006. It’s a classic Celtic Tiger renovation in which period features were restored or replicated while the house was being completely modernised by architects Paul Brazil and Deirdre Hargaden.

The house, on George’s Avenue in Blackrock, Co Dublin, has double-glazed sash windows to the front with working replica shutters, high ceilings and deep coving in reception rooms. It also has underfloor heating downstairs, central vacuuming, smart modern bathrooms, a narrow door on an upstairs landing concealing a laundry chute to the large utility room below – and a large open-plan kitchen/diningroom/family room looking through a wall of glass doors on to a 44m-long (145ft) back garden.

Now number 82 George’s Avenue, with 274sq m (2,949sq ft) of space is for sale for €2.45 million through DNG. The four-bed house has been a rental since 2007 but comes to the market in walk-in condition, staged for sale by Sinead Considine and Niamh de Barra of The Interiors Project.

Pillars and a fanlight frame the blue front door in the white exterior. It opens into a stone-floored hall with a double-height ceiling and a glass-floored atrium with a glazed balcony looking down from the first-floor landing.

There are two oak-floored reception rooms on either side of the hall, both entered through glazed double doors. The room on the left has fitted units beside a stone fireplace with a polished steel inset and another fitted cupboard concealing a TV; the room on the right has a similar design, and both have lots of recessed lighting.

The extended kitchen/dining/family room at the end of the hall spans the width of the rear of the house. On one side is the stone-floored kitchen with a long granite-topped island unit facing the long worktop with Neff appliances. The remaining space is oak-floored: the family room has a brick fireplace; the dining table looks on to the back garden through a wall of bi-fold glass doors.

There’s a large utility room off the downstairs hall as well as a downstairs toilet and a boot room with a door opening into an outdoors side passage.

Upstairs, there are lots of Velux rooflights in different areas, all remotely controlled from the landing. An unusual brick arch frames the glass-floored atrium looking down into the front hall over a glazed balcony. Two of the four bedrooms are en suite and there’s a smart family bathroom.

The main bedroom has a bay window overlooking the back garden and a wall of fitted wardrobes; there’s plenty of storage in all the rooms.

The landscaped rear garden has a long lawn bordered on both sides by mature trees and shrubs, bounded by old granite walls. The gravelled front garden has room to park several cars behind wrought iron electric gates.