Fifty two sales, including a €2.5m Monkstown semi, recorded in first week of 2019 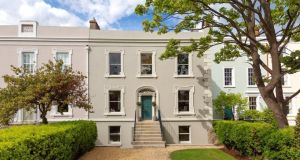 The Residential Property Price Register was back in action this week after a long Christmas break that saw no updates on its website between December 19th and January 14th. A total of 52 property sales were registered in the first week of January, most notably that of a large Victorian semi at 15 Alma Road, in Monkstown in south Co Dublin, that changed hands, off market, for €2.5 million.

But eagle-eyed property watchers will have been checking the final weeks of 2018 to catch some of the more interesting properties registered as sold before the end of the year.

In Malahide, in north Co Dublin, one of the megamansions in the gated Abington enclave was registered as sold on December 21st for €2.55 million. The swish six bed, which comes with a separate coach house, had been for sale since 2016.

In Dublin 6, 70 Rathgar Road, a villa-style red-brick with a refurbished interior, was registered as sold for €2.15 million, just over the asking price, of €2.1 million, when it came on the market, in early October. The vendors had bought the 395sq m/4252sq ft house in 2006 for €2.5 million and refurbished it at no small expense, as it had been in flats. It was put back on the market in 2009, seeking €2.85 million, but failed to sell and had been rented out until its successful sale by Hunters.

In Sandycove, back in south Co Dublin, one of the final sales of the year to be registered was that of 1 Cliff Terrace, which made €2.07 million. The refurbished two-storey-over-basement house came on the market in May 2018, seeking €2.25 million, although the price was later dropped to €2 million.

In Dalkey, just along the coast, two sales registered on the same day resulted from a property chain that included the sale, also in December, of a house in Dublin 4: 3 Bushfield Terrace, in Donnybrook, a renovated terraced red-brick with an extended kitchen, launched on the market last October, seeking €1.295 million, and was quickly snapped up at €1.4 million. Its owner, the catering expert and supper-club host Nikki Walsh, who at one time went by the name Lady Aga, had spotted a cute villa with sea views on Victoria Road in Dalkey that she promptly bought for €1.6 million.

Its owners, a couple looking to trade down, had meanwhile spotted Prince Patrick Cottage, a two-bed refurbished cottage on Knocknacree Road, and a deal was inked at €1.1 million. All three sales were registered within days of each other, and just in time for Christmas.