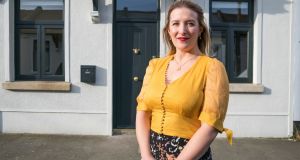 This year’s winner of RTÉ’s Home of the Year show, Jen Sheahan, a management consultant at Accenture, used many of the tools of her trade, including design thinking, to resolve her badly laid-out artisan cottage.

Get into list making rather than Pinterest or Instagram, she says and take a very simple inventory of what you do every day and how you use each room in the house. “Don’t think about how it looks but how you will use it and how the space will work for you. I’m not a big shopper. Do I really need loads of wardrobe space?” she asks. Answers to these questions will help position your cabinetry, wardrobes and bathrooms.

Back in 2018 when she was on the lookout for a home, she narrowed her search down to two Dublin locations; Rathmines and Dún Laoghaire, two of the most popular, read expensive, parts of the capital. Having been outbid on another D6 cottage, she was about to sign for a seaside apartment in walk-in condition when a Google alert notified her of a two-bed, one-bath, terraced house of 42sq m (452sq ft) seeking €350,000 through Buckley Real Estate. “I rang the agent and said that if I could get someone in to look at it I would agree to buy it at the asking price. It had no BER. It didn’t even have heating and was quite damp,” she recalls.

She then hired Denis Gilbert of Gilbert Architects to remodel it. He lived in the area and had worked on several slick refurbishments of these single storey dwellings. He suggested adding a second floor to bring the property to about 65sq m (700sq ft). The main bedroom and bathroom are on this level which left more space to build a u-shaped kitchen downstairs. “I bake a lot and wanted lots of counter space.” The second bedroom is downstairs and doubles as a home office. Her guest wc, complete with disco ball features terrazzo-like tiles that she imported from London-based Mosaic Factory. She managed to halve the cost of delivery by doing “shout-outs” on social media to find another Irish buyer interested in sharing this outlay. It worked.

She says her outside, west-facing space is only about 4sq m (43sq ft) in size. Builder Jason Doyle of Jemi Construction, who previously worked on at least four neighbouring cottages, came up with a clever table that folds out of sight when not in use giving her room to sit out in the sun on the days she doesn’t have friends over.

Several other Home of the Year entrants have used the TV and social media coverage as a means of getting good exposure before putting their houses up for sale. In the same year that Jen bought her home, Number 21 Rehoboth Place, Dolphin’s Barn, Dublin 8, came to the market for €545,000 having been featured on the show. Its owners had purchased two years earlier in 2016 for €360,000. It sold for €630,000 in September 2019.

So would Jen consider selling her home now? “I’ve gotten a few notes in my letterbox asking if I would [sell it] but I’m too emotionally attached to it,” she says. “Potentially there would be a short-term payoff but I don’t think it would be worth it in the longer term.”