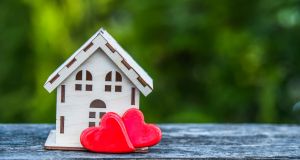 We ultimately agreed a figure 7 per cent over the asking price and a move in date for the end of September. Photograph: iStock

By August we had been looking for our next home in south Co Dublin for over six months and had been disappointed many times over. From the relatively mediocre selection on the market, the guide prices for several realistic contenders were exceeded by at least 16 per cent, one by 20 per cent.

Even worse, August is not considered a good month for buying as it coincides with the most popular holiday period. But we laboured on, though the good cheer brought on by the sale of our home dissipated as the closing date loomed large with no real living alternative in sight.

We searched throughout Goatstown, Sandyford, Leopardstown, Foxrock, White Cross, Stillorgan and Glasthule as well as Dundrum and Churchtown without finding any prospects. To be fair, viewing was easier than before because there were less buyers and agents were more facilitating. We also returned to other properties we had not visited but kept on file as “interesting”.

We were working so hard on this frustrating task that we barely socialised and bored everyone senseless with our tales of woe when we did venture out. Making matters even more complicated and pressurised was the fact that we would soon need to move to rented accommodation so we could continue our search. Trying to find a place to rent in August, with a dog, just before college restarted and on a short lease would not be easy.

Still no call from the agents we had pestered, but torrents of emails arrived from the websites with unsuitable homes. Then, in our “interesting” file, we rediscovered what my husband called a “tardis”. Like the phone box in Doctor Who, its interior totally belied the unassuming small cottage elevation.

The accommodating agent arranged a private viewing and we also attended a second open viewing. For once the photographs did not do justice to the interior. Inside it opened out into a large open-plan space, three walls of which were mainly glass, with four huge lantern-glass rooflights in the ceiling allowing an abundance of light into the room.

This combination of light, oak flooring, white kitchen and joinery as well as two wood-burning stoves either end of the large open-plan area was very appealing. There were just two bedrooms – although the master was like a mini hotel suite, with a dressing area and knockout bathroom – while outside were two paved and gravelled garden areas to the east and west grabbing every sunray throughout the day.

We had investigated a few houses in Shankill throughout our trawl but most of them had been too big, or too tired, or too far away from the central hub. This new contender met most of our needs and was on one of the Wicklow Way walking routes.

Detached and measuring 1,650sq ft, the bar area was another enticing feature in the open-plan room, while the converted attic could house overnight guests. Our only concern, because of all the glass, was the lack of wall space to hang our precious artworks.

Overall, though, we felt that the lovely interior compensated somewhat for the lack of a view, and the small paved areas were private sunny havens where I could happily potter with my 25-plus pots. Close to buses, shops and the pub, the location suited us well and importantly the price tag also allowed for greater pension investment as well as covering the cost of any additions or changes we might like to make.

Good karma had finally found us. And a positive neighbourhood profile through an acquaintance proved very reassuring.

We also considered this a step up, not down, in terms of our standard of accommodation, which was very satisfying. It felt deliciously selfish to choose a home just for us and our needs, without any of the priorities we deemed necessary 20 years ago such as schools, shops and transport nodes.

Seven months into the project and we finally found something that suited us both and that offered a luxury standard superior to that of our old home. Price negotiation was speedy because there was little competition from other buyers, perhaps because of the time of the year.

We ultimately agreed a figure 7 per cent over the asking price and a move in date for the end of September. Fortune smiled on us again when the buyer of our Blackrock home generously agreed we could remain there for a further month. A good friend also provided his luxurious country residence for any additional time required. This ended our fruitless sideshow search for a place to rent for a month or six weeks. We were blessed and felt so too.

But then came the surveyor’s report. We were in trouble.