Drayton Manor, the Co Wicklow home of high profile solicitor Gerald Kean is back on the market more than two years after it was first launched for sale and is now seeking €2.25 million . Video: Barry Cronin 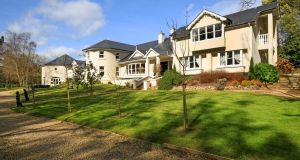 Drayton Manor originally came to the market in 2017 seeking €3.75 million and soon after was taken off the market. 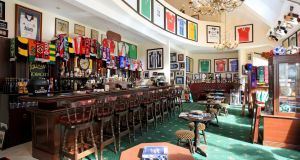 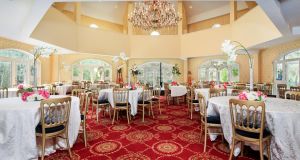 The Co Wicklow home of solicitor Gerald Kean sold earlier this month for €1.5million according to an entry in the Property Price Register. It’s the second time the 17,000sq ft (1,580sq m) modern mansion close to Brittas Bay has sold in three years. Mr Kean remains in residence at the property.

Drayton Manor originally came to the market in 2017 seeking €3.75 million and soon after was taken off the market. It registered as sold in December that year for €1.45 million – a sum substantially below its full market price.

The buyer at that time was Ardmore Care Home Group and Mr Kean described the transaction as “refinancing in the normal course”. In July 2019 the property was placed for sale again, this time seeking €2.25 million – a 40 per cent drop on its original asking price.

Now the property has sold again, this time for €1.5million – still 33 per cent below its most recent asking price – to another undisclosed buyer. Mr Kean confirmed to The Irish Times he is not the buyer but that he will be remaining in residence at the property.

Drayton Manor is set in a hollow on a bend of Three Mile Water river in Co Wicklow in a verdant setting tucked behind electric gates. The house was built in 2007 after Kean purchased the property on two acres from the late developer, banker, publican (and friend of the former taoiseach CJ Haughey) Patrick Gallagher for about €2 million. The original property comprises the central part of Drayton Manor, including a kitchen designed by Roly Saul, of Roly’s Bistro, and it is estimated that a further €2.5 million was spent on the property’s refurbishment and extension.

With 11 bedrooms, a ballroom that seats 260, a 54-seat cinema, a cigar room and three bars, this house would happily see anyone through the current restrictions on movement. One of the bars was the original bar from the old 108 pub in Rathgar. Complete with working taps, upholstered booths, bar stools and standard-issue pub carpet, it has been frequented by the solicitor’s celebrity sporting and entertainment friends.

Another bar services the octagonal ballroom. Overlooking the landscaped gardens and man-made island outside, it features a stage, a mezzanine balcony and function tables and chairs. Aslan, Simple Minds and Hothouse Flowers are among the artists who have performed at Kean’s charitable functions over the years.

Forget bulging muscles; strength is all about nerves
8

I watched my dad’s funeral by webcam from France
10