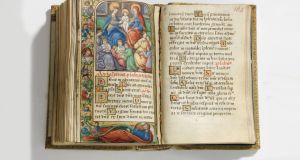 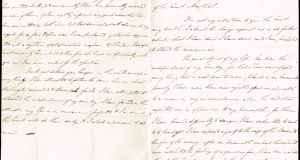 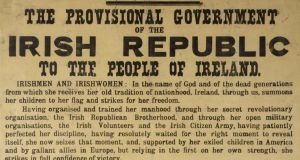 The prayer book once owned by Mary, Queen of Scots will be offered as part of Christie’s Classic Week’s Old Master Group sale, which will be held live in London on July 29th.

The queen’s life and death still continues to fascinate more than 400 years after her execution in 1587.

Having acceded to the throne and crowned queen of Scotland when just six days old in 1542, she was sentenced to death in 1586 after being implicated in the Babington Plot – the plan to assassinate Queen Elizabeth I. She spent the last hours of her life in prayer, her final words being: “Into thy hands, Oh Lord, I commend my spirit”.

It is not known who the prayer book – which is one of an estimated 14 surviving manuscripts owned by the Scottish queen, and said to be the only one owned privately – was passed to immediately after Mary was beheaded, but by the 18th century it had reportedly fallen into the possession of the Hale family of Alderley, Gloucestershire (£250,000-£350,000). See christies.com.

A further death that continues to fascinate is that of the father of Irish republicanisn, Wolfe Tone. Having been sentenced to death and requesting a soldier’s execution by shooting – which he was denied – critics are still divided whether he took his own life by slitting his throat while awaiting execution, or if he was murdered.

The Whyte’s Collector sale on July 25th and 26th includes very rare manuscripts from Wolfe Tone’s archives, including material relating to his trial, some of which is written in his hand.

The most important lot relating to Tone is his speech from the dock, which though unsigned is written in Tone’s hand and watermarked 1794. It begins ‘Mr President and Gentlemen of the Court Martial. It is not my intention to give the court any trouble, I admit the charge against me.’

While an official copy of this speech is held at the Palatine Room in Collins Barracks, this manuscript appears to be his personal copy, and, according to Dr Sylvie Kleinman from the Department of History at Trinity College Dublin, “until now its existence was unknown” (€50,000-€70,000).

Also in the eclectic collection of more than 600 lots, some of which are of important historical significance, is a pair of Bvlgari sunglasses signed by Bono (lot 672, €400-€600) and a copy of the 1916 Proclamation of the Irish Republic, which is an original example with an eyewitness inscription. Only 30 or 40 of these are thought to exist in private collections, as most were destroyed when pasted in outdoor locations (€100,000-€150,000).

The Saturday sale is 4 online and live at the Freemasons Hall on Molesworth Street, whereas the sale on Sunday is a timed online-only auction. See whytes.ie

“There is a waiting list to buy Scully’s oil paintings on the primary market,” says curator Rory Guthrie. Recent Scully sales have achieved high prices, including Robe Green Gold (€1.1m) and at Sotheby’s sale on June 29th, Scully’s If achieved almost €1.14m (including fees). The sale also features important works by Jack B Yeats, Louis le Brocquy, Paul Henry and the striking bronze; Girl in Three Planes by Frederick Edward McWIlliam (€12,000-€16,000). Viewings are open but the sale is online only. See deveres.ie

There are two pieces: his trademark LC4 Chaise Longue, produced by Cassina in leather and steel with maker’s stamp, (they were originally designed in 1928. This model was produced in about 1995); and a pair of lC3 armchairs produced by Alivar, ( about 1980) in chrome frame with brown leather cushions feature (€1,000-€500 and 800-€1,200 respectively).

Should you need to fill the drinks trolley, Adam’s is holding a timed Fine Wine and Spirits online auction which closes on July 31st. From the personal cellar of Irish restaurateur Peter White and other private cellars, the collection offers a diverse range of wines from Europe and the New World and showcases more than 120 lots of Bordeaux spanning decades from 1937. A case of Chateaux la Mission Haut-Brion, 1961, is the standout lot sale (€12,000-€16,000). See adams.ie