Blues and hues on smart Ringsend terrace for €495k

Situated close to Google’s offices, this two-bed has been cleverly tweaked to maximise space 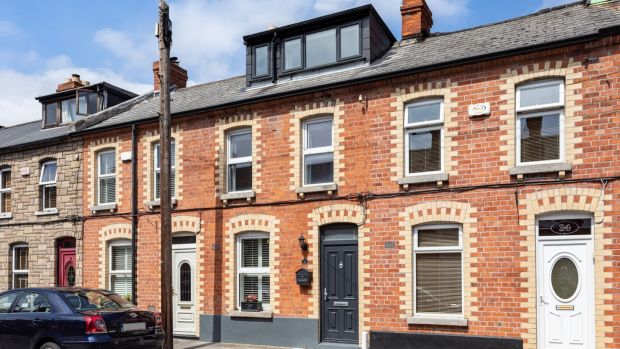 When the owners of 32 Penrose Street bought their two-bedroom plus attic terraced house in December 2014 it had been asking €395,000. They paid slightly less for it, €375,000, according to the Property Price Register, and set about tweaking it for their needs. This included upgrading the inefficient Ber energy rating of F to a C1.

The street is one of the lively brick-fronted terraces off South Lotts Road that are synonymous with the Ringsend area. Located around the corner from Google and Grand Canal Dock Dart station, the road played a starring role in Educating Rita and has formed a backdrop to many a moody band promo shoots for the Factory rehearsal rooms and studios situated just a block away.

While there had been interconnecting doors between the front and back rooms downstairs, PR woman Aisling Cooney and her husband opened the space up but created two zones by applying different Fleetwood paint colours. The front door opens directly into the living area, which is painted St Swithun blue. They invested in a custom-size corner sofa that fits its space perfectly and as a result doesn’t dominate. The cast iron fireplace was found in a salvage yard in Galway.

The dining area is defined by a soft umber brown shade called Side Car and the space is just big enough to accommodate a dining table that can comfortably seat up to eight. From here double doors open out to a small, east-facing yard, where there is a small shed for storage.

Across the room there is decorative open shelving, made by Cooney and her father using solid oak and gas pipes.

Upstairs there are two bedrooms. The larger of the two is to the front and is light-filled. The second is set up as a single and has a shower en suite.

The house also has a dormer attic room that is dual aspect and is currently used as a home office. It’s a bright space with good ceiling heights that feels far removed from the rest of the house.

Having recently become parents the couple are trading up to a house with a garden. The property is seeking €495,000 through agent SherryFitzGerald.