Signed edition of James Joyce’s Portrait of the Artist as a Young Man fetches £17,000 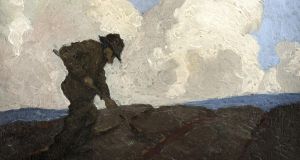