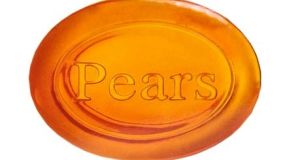 Pears soap original aroma was mildly spicy, clean, with a hint of thyme

Is there any soap as distinctive in appearance and smell as Pears? The brand was invented in 1789 by Andrew Pears, the son of a Cornish miner who travelled to London to seek his fortune. There he trained as a hairdresser, opened his own salon in Soho and saw the opportunity among his well-heeled clients for a range of beauty products including rouge and pomades.

His soap had a concave oval shape, a distinctive amber colour and was transparent – it soon gained a reputation as being gentle on the skin, its glycerine base a kinder alternative to the first soaps made of animal fats and potash.

Its original aroma – mildly spicy, clean, with a hint of thyme – was controversially altered in 2009 by its owners Unilever (Lever Brothers acquired the brand in 1917) and replaced by a stronger scent although a public outcry resulted in a reformulation.

Pears is regarded as the oldest continuously existing brand in the world, its success bolstered by inventive marketing strategies including its first advertising campaign which featured the dreamy gentle painting, Bubbles by John Everett Millais in 1866.

Hand soap saw a fall-off in demand some years ago when liquid soaps came in but as they are typically in single-use plastic containers they are falling out favour with the soap dish now reappearing in bathrooms.

How can I help my nine-year-old son who has become depressed during lockdown?
5