‘Cheapest house’ in Dublin snapped up by developer

Fixer-upper terraced cottage off Rutland Street went on market at €85,000 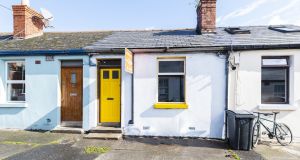 Dublin’s cheapest house has sold for €100,000 to a developer. Number 24 Rutland Cottages, a single-storey cottage in need of complete refurbishment attracted huge interest last week because of its modest €85,000 asking price.

The tiny north side cottage of just 31sq m (334sq ft) on a cul de sac off Rutland Street in Dublin 1 had recorded hundreds of thousands of views online by the time the final viewing took place last Friday three weeks after it had launched to the market. Hundreds of direct inquiries were made to the estate agent Move Home and about 120 parties passed through its doors.

Bidding had risen to €105,000 last Friday in advance of the property going to last and final offers on Monday. According to selling agent Ronan Crinion, offers went as high as €106,000 but in the end the sale to that bidder did not proceed. The client finally agreed the sale to a developer at €100,000.

“He was the only party that visited the property with an engineer and having paid a substantial deposit, about 50 per cent of the agreed price, he was the one I could most guarantee my client would close in the next couple of weeks,” Crinion says, adding that the client was keen for a quick sale and a cash buyer.

Crinion said a cash buyer was always the preferred option because of the reluctance of banks to issue a mortgage on a house requiring such levels of refurbishment.