Can I rent out the parking space that comes with my rental apartment?

Even if the property owner is happy for the space to be rented to a third party, the managment company may object 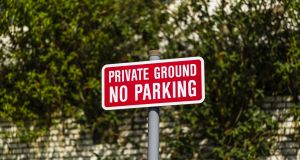 Can I rent out the parking space that comes with my rental apartment?

I rent an apartment in a private development which comes with a car parking space but I don’t have a car. I have been advised by friends to rent out the space and make money on it. Is this legal? What are the implications?

This is a common situation as, historically, apartment developments tended to be built with one car park space for every apartment and perhaps extra spaces for purchase by households with more than one car and spaces for visitors. But it is of course, the case that not all residents have a car. More recently, apartment developments have been built with fewer spaces, especially where close to public transport routes or if the developer has committed to good bicycle storage, car sharing and electric vehicle charge points.

First of all, as a tenant, you don’t own the car space so you and normally the lease for rental of an apartment and car space would not permit either of these to be sub-let with the express permission of the property owner. So the first thing you would need to do is ask the landlord if they are willing to permit you to rent out the space.

However, your query also raises issues for the owners’ management company in the development and, even if the property owner is happy for the space to be rented to a third party, the Occupier Managment Company (OMC) may not permit this. The renting out of a space to a third party depends on the terms of the lease agreement that the landlord signed when the apartment was purchased.

From the perspective of an OMC, there is normally not a problem with the rental of a space if the person renting the space lives in the development. If they are a resident, they will already have access to the car park so there should be no extra security concerns generated. For this reason, one often sees ads on notice boards in apartment developments where one apartment owner or resident is offering other residents the chance to rent a car park space.

Renting a car park space to someone who does not live in the development can be more problematic. It can mean that non-residents have access to the car park and possibly to the internal common areas of the blocks, depending on the layout of the development. This could potentially raise issues of safety and security for residents. Non-residents in such circumstances have been known to bring in refuse generated elsewhere and to try to dispose of this refuse in the refuse areas of the OMC. Also, if zappers and fobs are supplied to the person renting the car park space, these can be held into the future and can generate problems even after the rental agreement comes to an end.

That said, OMCs are made up of owners and act on behalf of owners and, as such, some OMCs do permit owners of car park spaces to rent them out to third parties. This is especially true in areas with a high demand for car parking, eg due to a high number of local businesses and a lack of car parking for local workers.

A number of websites advertise car park spaces to rent and it will be clear from these that the monthly rental price varies considerably based on local supply and demand. If spaces are being rented to local workers, it may even be possible to have a rental agreement which allows the space to be rented for certain defined hours in the week, eg 8am to 6pm Monday to Friday for example.

If spaces are being rented to third parties, the OMC may wish to discuss if it can control the distribution of zappers and fobs and, in particular, if it can withdraw specific zappers or fobs from the access system should any person renting a car space cause any problems for the development.

A further variation on the issue arises when car park spaces in a development are not allocated to specific owners but are owned centrally by the OMC. In such cases, apartment owners or tenants may have a right to park in the development but not in a specific space. In such developments, if all the spaces are not being used, it may be open to the OMC to rent out spaces and to generate extra income for the OMC. Such income will be subject to tax but can still supply a useful income stream which can perhaps be ring-fenced and put towards the building of a longer-term Sinking Fund.