Hear the bells ring out from this €360k Christchurch classic

Bought in 2016 for €265k, Dublin 8 corner redbrick is back on the market with a freshly decorated interior 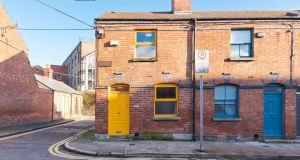 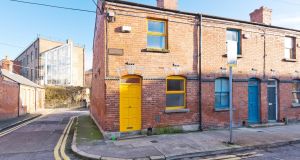 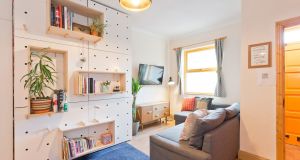 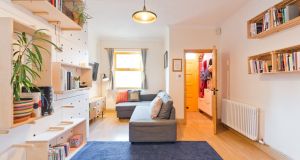 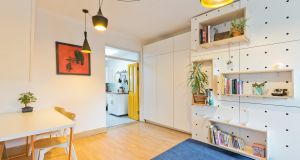 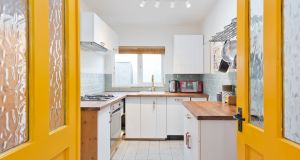 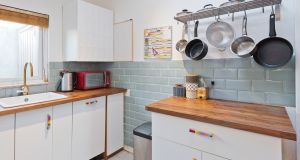 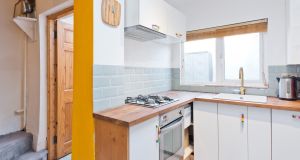 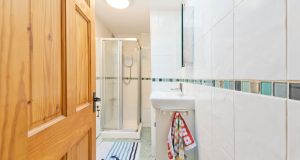 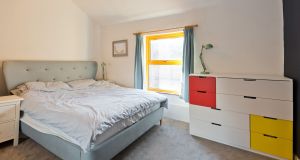 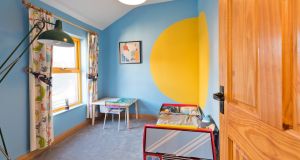 John Dillon Street is one of many red-bricked streets that line the Christchurch area. The house is sandwiched between Clanbrassil Street, a busy thoroughfare, and Francis Street, the city’s antique quarter.

The two-storey, terraced houses are modest in size and the main bathroom is normally at ground level. Number 20 is one such property. Measuring 55sq m (592sq ft), the two-bedroom, end-of-terrace house opens into a small hall that keeps the weather from rushing directly into the living room.

The owners, who bought the house in July 2016 for €265,000, have done a nice job on sprucing it up but most of the décor changes have been superficial. There are some clever improvements, starting with the pegboard used on the chimney breast wall to create floating shelving. It also blocks up the chimney, a major cause of draughts in period homes. This panelling hasn’t been quite boxed in as the edges appear quite raw.

There’s a sitting area to the front where the window has an opaque film panel for privacy. The room has good ceiling heights and there’s a dining area to the back where double doors, painted a cheery marigold yellow (the same colour as the front door and window frames), leads through to the kitchen. The addition of the kitchen pre-dates the current owners.

Set in a U-shape around the north-facing window, the houses overlook a very small yard where there is room for one, maybe two bins. There’s an on-trend terrazzo tile on the floor, warm French grey metro tiles on the wall and an old rooflight above. The original fabric of the house is still visible – the original downpipe, for example, runs down the original outside wall.

The property’s only bathroom, a shower room, is off the kitchen. It is lit by a roof light and is where the back door to the yard is located.

The stairs lead up to the property’s two bedrooms. The master is to the front and is a good size. It has floor to ceiling built-in wardrobes that offer an incredible amount of storage. The second room is smaller, and will work as a good sized single or very small double, if you were to factor in built-in wardrobes. The use of bright colours and an optical illusion of a circle painted onto two walls makes it feel fresh and vibrant.

Put a spring in your step for running in February
10