When it’s a case of ‘your life or your limb’, at least you have that chance 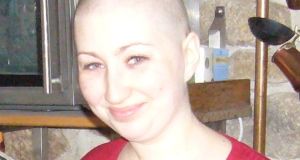 Hi, my name is Tanya and I’m a cancer survivor and amputee.

But that’s not exactly the whole story.

In February, 2007, as I was cycling through Drumcondra, I swerved to avoid a van and fell off my bike. Thinking I had “only” sprained my knee, I actually continued into work that day ... But soon a close friend noticed my severe limp, and convinced me to go into A&E. I’m so glad she was with me that day, because that was the moment my life irrevocably changed.

Contrary to the “sprain” I had imagined, the x-rays showed a very big tumour, in my left knee.

My brain didn’t know how to take it in.

I particularly remember telling my older sister, Teresa, the news. She echoed my own fear of Cancer – a word that always seemed to loom in capitals, in our minds. But this fact had to be reconciled and dealt with as quickly as possible. Thankfully, a great surgeon took me on board and removed the (benign) tumour. He actually told me then: “It’s very lucky that you fell off your bike when you did – any later, and we would have had to amputate.”

Blissfully unaware of my own future, however, I moved to different countries for work, while keeping in touch with my orthopaedic doctors back home. All went well after the first operation, but, in 2009, the tumour came back – this time in my left femur bone. An alternative treatment was proposed to try and slow its progress, but didn’t take. After a year of increasing pain and disability, an operation was scheduled for September, 2010 – a knee and femur replacement, this time. Following this, my surgeon’s team analysed some of the tumour cells, and found that, what had once been benign, had now become cancerous, and that I would need six months of chemotherapy.

I was absolutely terrified. And looking up “cancer side effects” on Google didn’t help. Somehow, I got through those six months – despite nausea, vomiting, exhaustion, loss of weight, mouth ulcers, throat infections, fevers and hair loss. It was a horrible time, but held up by wonderful support from family and friends.

'The worst news would have been if the cancer had been in your lymph nodes ... When it’s a case of "your life or your limb", at least you have that chance'

Soon after the chemo treatment ended and I had fully recovered, I moved to France, where my then-boyfriend worked. However, my leg remained painful, with an unbending knee to boot (due to lack of physiotherapy during cancer treatment and a build-up of scar tissue). I was working as a teacher in Prague when I flew home in April, 2017, for a routine leg x-ray, only to be told that my hip was essentially “crumbling away”. At that point, pain had become such a routine part of my life, I hadn’t realised it had come to this. And the doctors would have to check for tumours, again.

“We will have to amputate”

This was an enormous blow. It wasn’t easy for my most recent boyfriend back in Prague, either. I had to move back to Ireland for a major operation (my surgeon and his team being unwilling to let me out of their sight), and roll with the punches.

On May 30th, 2017, I had an operation to replace my knee, femur and hip bone. The procedure took more than eight hours, by which time my boyfriend and some of my family were panicking, slightly. It took me another hour or two to resurface from the strong painkillers (horse tranquilliser included), by which time the hospital had called my mum and informed her I was “alive and well”.

Almost three months of rehab followed, with a great sense of determination on my part. I decided: “This time, I’ll make my knee bend!”, and worked with a great physiotherapist. However, during those three months, my surgeon made contact with a new oncologist in Dublin, who was tasked with investigating the tumour cells. She decided she was not happy with how “aggressive” they had been, and scheduled a CT scan and biopsies. As the CT scan showed “unusual activity” in the tissues of my knee and upper thigh, they had to take biopsies from both knee and lymph nodes. A meeting followed with my oncologist, who gave us the “good news” – that there was “no cancer in my lymph nodes”.

This temporary relief was immediately erased by what the oncologist said next: “But we will have to amputate your whole left leg.”

My first response was just to keep saying “No”. Swiftly followed by: “There must be another way”. Total disbelief was shared between myself and my mother, we couldn’t stop crying. When I blurted out: “This is the worst news ever”. My oncologist then soberly shook her head and said: “No; the worst news would have been if the cancer had been in your lymph nodes ... When it’s a case of ‘your life or your limb’, at least you have that chance.”

It’s a day I’ll never forget. Me and my mum, wandering, dazed, though the hospital canteen. Calling the rest of the family, telling them the news; calling my boyfriend in Prague, who had up until that day, believed I would be moving back. I was shaking as I talked to him, but his calm voice got through to me, and helped put things in perspective. I imagine he was equally shocked at that moment, but his priority was to comfort me.

This was to be a hallmark of our relationship going on, as he was an amazing support for me both leading up to, and following the amputation, which took place in October 2017. It was a “hip disarticulation” operation, meaning they removed my left leg, up to and including the hip joint. The strangest thing of all was the sense of relief, just after the amputation took place. Of course, there was massive pain and trauma, as my “phantom leg” went into shock; but I felt relieved to no longer have cancer in my body. Then the painkillers wore off, and months of phantom pain followed. But I eventually found ways of coping with it, including meditation, visualisation, art therapy and counselling – not to mention huge support from family and friends.

I learned to walk again with a big, clunky prosthetic, and this is the one I still have today – which tends to fall forward and uses a lot of energy on my part. I would love a better, smoother and easier prosthetic – which, thankfully, already exists. It’s called a 3D Helix hip, coupled with a C-Leg knee, and is the closest I can get to how a human leg works.

But the medical card can only pay so much of it, and the rest is up to me to raise: €33,000, to be exact. I have already started a GoFundMe campaign, and am almost half-way to my goal. But I still need a lot more help to reach it.

This new prosthetic leg could change my life. I would be able to get back to activities I used to take for granted: walking easily and safely, hiking up the hill behind our house, dancing, even running someday. It would be a new start.

‘Ross, from this morning, you’re going to be home-schooling Honor.’ I laugh out loud
5

Older people on isolation: ‘I have plenty of food but not much appetite’
9