What is it like being addicted to alcohol in a culture soaked in it? 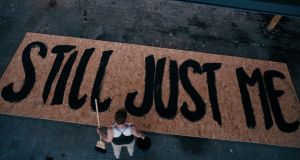 Part of the St Patrick’s Mental Health Services’s anti-stigma campaign called #StillJustMe, which aims toshine a spotlight on some of the most poorly understood and stigmatised mental health problems, including eating disorders, depression, schizophrenia and psychosis, and addiction

“Go on, have the one – it won’t hurt you. God, you are so boring. Will I throw in a vodka into that Diet Coke when no one is looking?’’

This is mild compared to some of the so called “banter” that a recovering alcoholic like Paul  (not his real name), who in his mid 40s, has to put up with.

“I work in a toxic environment. Every Friday, there is a trip to the pub. I avoid it like the plague but sometimes cannot, if a work colleague is leaving or it’s the last day of a particular work cycle. There are a couple of comedians who dominate proceedings and as the pints flow, the conversation gets more and more tiresome. I don’t feel involved. In reality I’m excluded, my pint of blackcurrant and water keeps me out of the loop.”

Paul sits miserably on his own unable to think of any conversation as he watches everybody around him swilling cider, beer, wine or any of the latest craft beers .

“If I leave, it is seen as an insult to the person who is leaving work, but all I want to do is curl up in a ball and go to bed. My depression has set in and I know it will be like this until at least Monday.”

While the stigma around depression has lessened in recent years, with more and more public figures speaking out about their experiences of mental illness, a huge stigma still surrounds addiction in Ireland. Paul is one of thousands of addicts who suffer this stigma every day of the week in a country where alcohol is engrained in the national culture.

Paul says his personality has changed since he was diagnosed an alcoholic 12 years ago. He has become withdrawn, isolated and extremely tired. This, coupled with the depression and anxiety he also suffers from, have affected his social and working life and caused him to lose out on promotion.

“I do have to take responsibility myself. I have not stayed in touch with a lot of the people who cared for me. I have turned down opportunities due to my illness. However, I have still managed to retain a circle of friends and family who have stood by me. These have been vital to deal with the stigma as they suggest going out for dinner or the cinema rather than pubs. They actually ask you how you are doing with your addiction. They are there to help.”

Paul started drinking heavily in college but it wasn’t until his addiction started to interfere with his working life that things came to a head and he decided to do something about his drink problem.

“I took the decision to go into St Patrick’s Hospital in Dublin as an inpatient. I was terrified going in and that first week was incredibly difficult, but the following weeks were a lifesaver. Things had become so black that I couldn’t see how I could come out the other side, but the counsellors, consultants, day programmes and marvellous aftercare at St Patrick’s helped me to see that I had a future and I wasn’t alone.”

Paul also got great support from voluntary organisations such as Alcoholics Anonymous (AA), LifeRing Ireland and Aware, where he met others in the same situation. His advice for anybody who is struggling with addiction is to go and do something about it.

“Go to your GP and be honest about your problem. There is a life without alcohol. My life is definitely better now, it was totally unmanageable before. I can go to see films, enjoy music and meet friends and I don’t wake up feeling sick every morning.”

“We have seen a lot more people coming into our treatment centre for problems with prescribed and over-the-counter medication in the last 10 years. This is becoming a huge problem in Ireland. There are green pharmacy signs everywhere; it’s almost as though we have cut down on drinking in pubs, but replaced it with something else and that’s a scary thought.”

The addiction services at St Patrick’s are seeing a lot of younger people suffering more serious mental issues as a result of the newer types of substances available to them. Gill explains that it’s very hard to keep on top of all the different types and strengths of drugs.

Addiction is “the most powerful shame-based mark of disgrace”

“Over the last 12 to 13 years, there has been a change in the approach in addiction treatment. We run a Community Reinforcement and Family Training Programme (Craft) for concerned others living with addiction, which has been really effective because it looks at the family as well as the service user. The idea is to reach into families and help them understand addiction, to realise that what the addict really needs is for them to put their arms around him or her. It’s very hard to say this to family members whose lives are in turmoil because of their loved one’s addiction, but you can multiply how they feel by 10 to understand how the addicted person themselves feel.”

Gill highlights the need for more support for people in recovery, who will meet many roadblocks along the way.

“From working with people with alcohol and drug addiction over many years, I have not met one person that nothing could be done for. Sometimes it may involve the person asking for help, sometimes their family will reach out, even just a phone call can be the first step on the journey towards recovery. The potential for change is there.”

St Patrick’s Mental Health Services have launched an anti-stigma campaign this year called #StillJustMe. Through a series of short films and blog articles written by mental health experts and those with real-life experience, #StillJustMe aims to shine a spotlight on some of the most poorly understood and stigmatised mental health problems, including eating disorders, depression, schizophrenia and psychosis, and addiction.

Part 3, which focuses on addiction, was launched on June 26th to coincide with the UN International Day Against Drug Abuse.

See the films and blog articles at www.walkinmyshoes.ie/still-just-me/

Shame-free sex education: It’s So Amazing! And only a little bit mortifying
3