What are ‘energy drinks’ and should they be banned? 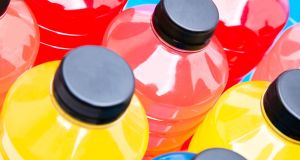 When international supermarket chain Aldi announced earlier this week that it would ban the sale of energy drinks to those under the age of 16 from March 1st, Senator Catherine Noone immediately called for all other retailers to follow its example. She said energy drinks were presenting a considerable health risk, especially to children and young teenagers.

“Some products deliver an enormous 21 teaspoons of sugar and as much caffeine as 2½ espresso shots,” said Noone. “Depending on their age the average child should be consuming a maximum of four spoons of sugar per day. With one in four Irish children overweight or obese, anything to curb their access to products laced with hidden sugars is to be welcomed.”

But one problem with such an approach is that there is no standard scientific definition of an “energy drink”, according to Safefood, the food safety promotion board.

A 2016 Safefood study said energy drinks are commonly understood to be non-alcoholic drinks that contains caffeine (usually its main ingredient), taurine, vitamins and other ingredients such as guarana and ginseng. These drinks are marketed for their perceived or actual benefits as a stimulant, for improving performance and for increasing energy.

However, some soft drinks or sports drinks which contain little or no caffeine also use the words “energy drink” on their labels.

Energy drinks that contain caffeine in excess of 15mg per 100ml (37.5mg per 250ml) must be labelled “high caffeine content – not recommended for children or pregnant or breastfeeding women” in line with the EU Food Information Regulation.

Aldi proposes to ban the sale of energy drinks with more than 15mg per 100ml to under 16 year olds. So, what do the health professionals say about the specific health risks of energy drinks for young people?  And should they be banned outright for those under 16?

“Energy drinks with their combined caffeine and sugar content cause increased heart rate and increased anxiety levels in adults. We know that large amounts of caffeine affect concentration, drive and behavioural problems in children who already have a tendency to be hyperactive. Caffeine also causes headaches and nausea.”

Using energy drinks as a mixer for alcoholic drinks in prolonged drinking sessions is another concern.

Prof O’Shea says there is no evidence for the safety of energy drinks for young people, and manufacturer guidelines state that they are not intended for those under 16.

“So what I would like to see is all other retailers acting responsibly by not selling these drinks to those under 16. I’d like retailers to respect the desire of the general public which is to stop our children drinking drinks which are nutritionally empty and which stimulate the heart rate, cause headaches and nausea.”

He also refutes any performance enhancement qualities in energy drinks.

“There is overwhelming evidence that there is zero benefit to performance from these drinks, and the advertising is misleading – particularly to impressionable young people. There is no place for them in our children’s diets,” says O’Shea.

Some sports clubs in Ireland have already banned energy drinks for their younger members, stipulating that they bring only bottled water to training sessions and fixtures.