There’s something about internet vigilantes that is deeply disturbing

Instead of sitting back and enjoying the show, we need to have a debate before somebody gets hanged 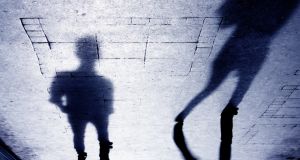 What if the entrapment process catches people who would not have tried to have sex with a child but who instead were engaging in fantasy?

Suppose that one evening you park your car, but when you get out to leave the carpark you are confronted by a group of people with a camera.

Let us say that you are entirely innocent of what they are claiming. Let us even assume that the actual would-be perpetrator had spotted them a few moments earlier and kept going.

Unfortunately for you, you happen to look like the perpetrator.

As you make your angry or dismayed protests, they inform you that the confrontation is being live-streamed on Facebook while they wait for you to be arrested. They tell the audience that you are a dirty paedophile and they read out phrases from the messages that you are supposed to have sent to the child.

The gardaí come and take you away and the matter is soon cleared up.

But your reputation is dead.

Tens of thousands of people – including people who know you – have seen the confrontation and your images are all over the internet.

An unlikely scenario, perhaps, but it’s one that crossed my mind when I watched one of those vigilante videos in which somebody is held at bay in front of the cameras until the police arrive and who meanwhile provides entertainment for an audience.

But what’s wrong with vigilantism in these cases since would-be abusers do, in fact, get caught?

To start with, I really don’t like scenarios in which a person is guilty until he is proven guilty. The principle of innocent until proven guilty has been with us for a very long time because guilty until proven guilty sooner or later leads to mob rule in which the wrong people get destroyed. Moreover, a system in which the punishment, in this case social destruction, is inflicted first and the trial comes later is one that we have turned our backs on as a society.

How good is it for us that we sit and watch this sort of thing happening?

One entrapment video showed a group interrogating a teenager and was described in some viewers’ comments as having a learning difficulty. This didn’t stop others wanting him hanged, there and then.

We have got used to the spectacle of the human being at bay. The soft version is brought to us by those programmes in which people are interrogated at airports for relatively minor offences or have their possessions repossessed or who get evicted. The hard version is the vigilante videos.

It is all, I think, tapping into the same impulse that drove crowds to watch public hangings. Did that add anything to the human good? Presumably we think not, because we stopped it before we stopped executions.

Another issue: An article published by the University of Durham asks if the entrapment process catches people who would not have tried to have sex with a child but who instead were engaging in fantasy? Sounds far-fetched to me but at the same time it underlines a problem with entrapment in general.

If we are going to allow entrapment (and I’m not completely opposed to it) then let it be operated by the gardai under legal and civil rights constraints.

Stopping people from abusing children is a worthy cause. But something about the internet vigilantes is deeply disturbing to me, even if I find it hard to put my finger on exactly what that is. I think it is the destruction of the person before guilt is established by a court that particularly disturbs me. This is anathema to how we have chosen, over many centuries, to organise our society through our laws.

Instead of sitting back and enjoying the show, we need to have a debate about internet vigilantism before somebody gets hanged.

- Padraig O’Morain is accredited by the Irish Association for Counselling and Psychotherapy. His latest book is Mindfulness for Worriers. His daily mindfulness reminder is free by email (pomorain@yahoo.com).