Type 2 diabetes: 7 things to know to avoid getting it 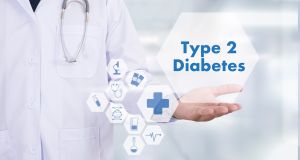 About 225,000 people in Ireland are believed to be living with diabetes. It is estimated that it will increase to more than a quarter of a million by 2030.

The condition is characterised by elevated blood-sugar levels. In type 1 diabetes – about 10 per cent of cases – the pancreas does not produce any insulin. The remainder have type 2, which means their pancreas does not make enough insulin or it doesn’t work properly.

According to a Healthy Ireland survey, 854,165 adults over 40 in the State are at increased risk of developing (or have) Type 2 diabetes.

2) Cut out sugary drinks and alcohol

Research published last year found each additional regular daily 200ml serving of sweetened drink (such as cola, lemonade or energy drinks) increases the risk of having type 2 diabetes by 20 per cent. A 330ml can of “full fat” Coca-Cola contains 35g of sugar – that’s more than the recommended maximum daily intake for adults. Drinking too much alcohol can increase type 2 diabetes risk by reducing insulin sensitivity, triggering chronic pancreatitis and boosting weight.

3) If you are overweight, slim down

Being overweight greatly increases your risk of developing type 2 diabetes. A healthy waist circumference is less than 80cm (31.5in) for women, 90cm (35in) for south-Asian men and 94cm (37in) for black and white men. If you need to slim down, cut back on fats, sugar and salt in your diet. Make sure you are getting your five portions of fruit and vegetables per day along with plenty of fibre (wholemeal bread, wholegrain cereals, nuts, seeds, bran).

Lowering the risk of type 2 via the food we eat is not just about swapping burgers and cake for brown rice and salad. “People often think they don’t need to worry because they have a healthy diet, but they also need to get their portion sizes right,” says Libby Dowling, senior clinical adviser at Diabetes UK.

5) If you have any symptoms, see your GP

Diabetes can be well managed, but failure to do so can lead to blindness, limb amputation, kidney failure, stroke and death. Symptoms include urinating more often than usual, especially at night, frequent thirst, extreme tiredness, unexplained weight loss, genital itching or regular thrush, slow wound-healing and blurred vision. With type 2 diabetes, symptoms can be mild and slow to develop, and many overlap with other, unrelated problems. If you are concerned, see your GP.

Physical activity can help fend off type 2 diabetes by increasing the use of glucose by muscles, stimulating more efficient insulin use and helping people to lose weight. Researchers who in 2016 combined data from 28 previous studies found that those who did the equivalent of 150 minutes of moderate aerobic activity a week were 26 per cent less likely to have type 2 diabetes. People who discover they are at risk of developing the condition because they are overweight can sometimes find the idea of exercise daunting. If you can’t think of anything worse than going to the gym or jumping on a bike, bear in mind that moderate activity is anything that makes your heart faster and makes you a little breathless.

“Weaving episodes of activity into your day can really help,” says Dowling. “That could be gardening, getting off the bus a couple of stops early and walking briskly or even parking the car at the far end of the supermarket car park and struggling back to it with heavy bags.”

Research has shown that sleep deprivation increases levels of the stress hormone cortisol and the appetite-stimulating ghrelin , while reducing production of appetite-suppressing leptin. After reviewing 312 studies, the US National Sleep Foundation concluded that the optimum sleep length for teenagers aged 14-17 was 8-10 hours, 7-9 hours for adults aged 18-64 and 7-8 hours for those aged 65 and over.

Read: Can we reverse Type 2 diabetes? Yes, we can