The positive force of ‘unwanted’ emotions

Feelings we think of as negative, such as fear, guilt or anger, can prompt us to deal with situations 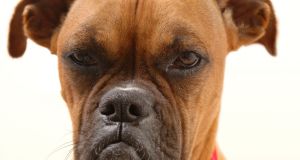 ‘He never hit out physically or shouted – he was a growler. Yet, the angrier he got the scarier he got and that’s when people started moving away.’ Photograph: iStock

He had the capacity to get angry about anything at all and to bring it to such depths that people generally made themselves scarce.

Having too much to drink made matters even worse but he didn’t need to have alcohol in him to get angry about something. That something could be the Government, the church, a colleague, a statement made by anybody in the company – all grist to his mill.

He never hit out physically or shouted – he was a growler. Yet, the angrier he got the scarier he got and that’s when people started moving away.

He was angry about being angry.

His issue had more complexity to it than that but this was certainly one of the drivers of his behaviour.

It’s a common enough emotional trap. We get anxious about being anxious and sad about being sad, for instance.

Part of the problem lies in the idea that some emotions are negative and some are positive and that, really, we should have only positive emotions.

As Aisling and Trish Leonard-Curtin put it in their book, The Power of Small, “as a society, we have become obsessed with wanting to feel good, all of the time. It is a powerful fact that it is not sadness or anxiety that are the problem, but the small and varied ways in which we try to avoid sadness and anxiety.”

Burying your head in the sand is a popular way to avoid anxiety but, as I know too well, we pay for it in the long run. Drinking is a way to avoid sadness but it’s a dangerous way to use drink.

The authors, I noticed, prefer the phrase “unwanted” emotions to “negative” emotions.

Why should that matter?

I don’t know, but it does. I have been blessed recently with a varied palette of sources of negative emotions. Since I came across this idea, I’ve been trying out thinking of them as “unwanted” instead and I have to say that it makes them easier to deal with. I find I’m more likely to get on and do something about whatever it is that needs to be dealt with.

One of the ways in which people are sometimes advised to deal with difficult emotions and situations in therapy is to reappraise them. Reappraisal means putting a different interpretation on the emotion and it usually lowers the amount of stress we feel.

So if you’re angry at somebody who made an insensitive remark, but you then remind yourself that they were under a lot of pressure at the time, and generally do not behave like that and so on, you are reappraising the situation.

The same comes from seeing an emotion as “unwanted” instead of “negative.” It’s a reappraisal. Maybe that’s why calling it “unwanted” helps.

When you see an emotion as “unwanted” you don’t have to feel guilty, angry or sad about feeling it. It’s just an unwanted emotion. And you are then free to go on and ask yourself if it is telling you anything useful that you need to do?

It’s still an unwanted emotion but at least is has pointed you in a helpful direction. And if it isn’t telling you anything useful, you can just let it die down in its own time.