‘Why are we still putting money into an outdated cervical cancer screening system in Ireland?’ 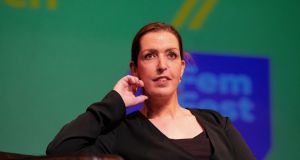 We’ve all had the experience of events that, however carefully planned, just don’t work out. When you reach your third or fourth attempt to rework your plans, and they remain mired in treacle, it dawns on you that the project is probably jinxed.

The CervicalCheck controversy is definitely one of these. The initial response was rushed and over the top; politicians and the media must accept their share of responsibility for this. But the continuing management of the fallout by the Department of Health and the Health Service Executive leaves a lot to be desired.

On the first anniversary of reaching a High Court settlement that first exposed the problems in CervicalCheck, campaigner Vicky Phelan shared her views with The Irish Times: she accused the Government of using Brexit as a “blanket excuse” for not implementing promises and of saying things “to get the story out of the papers”, but not following up with the resources needed.

Ms Phelan also noted delays in the introduction of mandatory open disclosure, promised in the wake of Dr Gabriel Scally’s report last year. Overall the past year had seen some positives but “a lot of delays on a lot of different fronts”, she said.

However she defended the decision of Minister for Health Simon Harris to provide free repeat smears to women, despite its contribution to the current backlog of unread smears.

On that point, I must disagree.

It was and is a poor decision that will come back to haunt the Minister and his advisers. Why? Because the backlog of unread smears represents a ticking bomb: some repeat smears are unreadable due to the length of time they are sitting in laboratories. It continues to interfere with the flow of regular smear testing which increases the chances of a missed cervical cancer diagnosis and it is delaying the setting up of a more reliable HPV (human papilloma virus) based testing system.

I fully agree with the Dublin Well Women Centre in it’s call for CervicalCheck to introduce HPV primary screening as soon as possible. Two implementation dates for the more modern screening system have now been missed since it was confirmed that CervicalCheck was to move to a more targeted HPV-based analysis of smear samples this year.

Dublin Well Women Centre medical director Dr Shirley McQuade put her finger on the issue when she said: “ In addition to HPV testing’s increased accuracy, it would also have an advantage in the laboratory of being a more automated and less labour-intensive process . . . we believe that many of the outstanding issues with CervicalCheck would be addressed by moving to this method of testing.”

HPV-based typing is a more accurate method of detecting abnormal smears. There is strong evidence for this. Australian research found that a testing system involving primary screening with referral of women positive for cancer-causing HPV strains direct to colposcopy is a cost-effective strategy.Those with other HPV sub-types will go on to have their smears read by a cytologist – with direct colposcopy referral for those with high-grade findings.

By delaying HPV testing are we not . . . teeing up a new tranche of future legal action?

Two years ago the Health Information and Quality Authority advised that changing to primary HPV testing would reduce the number of screenings each woman has in her lifetime, while providing better accuracy in detecting precancerous abnormalities and early stage invasive cervical cancer.

So why are we still putting money into an outdated cervical cancer screening system in Ireland? By delaying HPV testing are we not – at this very moment – teeing up a new tranche of future legal action?

It is time for the Government to abandon its treacle-mired decision and follow Shakespeare’s (modified) advice: “there is a tide in the affairs of women, which taken at the flood, leads on to fortune. Omitted, all the voyage of their life is bound in shallows and in miseries.”

My 13-year-old son is watching pornography on his tablet