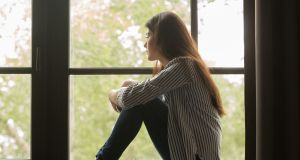 Jennifer O’Connell took the award in the “National Print/ Online” category for a piece headlined: ‘I blamed myself for not wanting it enough’ – Untold tales of pregnancy loss.

The Irish Times claimed the top prize in two categories at the 2020 Headline Mental Health Media Awards on Wednesday – which recognise excellence in the coverage of mental health issues.

Jennifer O’Connell took the award – in a ceremony hosted by Anton Savage and held via Zoom due to Covid-19 – in the “National Print/ Online” category for a piece headlined: ‘I blamed myself for not wanting it enough’ – Untold tales of pregnancy loss. The section was for a single news report or feature “that deals with stories, topics or issues related to mental ill health”.

The Irish Times also took the Voice Media Award which was for a publisher, in print or online, or broadcaster, “who has demonstrated excellence in the quality and quantity of coverage given to people with self-experience of mental ill health”. Alongside the Editor of The Irish Times Paul O’Neill in the category – which was in partnership with See Change – were Laura Byrne (The Journal) and Amanda Casssidy (Image Magazine).

Among the nominees in the “Special Recognition Award” – for an individual with lived experience of mental ill health and who, in their own words, shares their story to help and educate a wider audience – was Bronagh Loughlin, who had written in The Irish Times about topics such as not allowing ill-health to define a person, anxiety during the Covid-19 pandemic, and the darkness of having mental health issues. The category was won by Sheila Naughton for The Road to Recovery interview on RTE Radio 1.

Health and Family Editor in The Irish Times, Damian Cullen, was nominated for the Headline Impact Award, which was “for an individual working in any platform who has made an exceptional contribution to coverage of mental ill health”. The winner was Maurice Gubbins, Editor of Echo Live, Cork.

Nominees and winners of each category

Mental Health Journalism | Local Print/Online
Winner: Importance of being Jamie, Owen Ryan for Clare Champion.
Other nominees: Johanne’s battle for a 10-year plan to save carers from overwhelming load, David Looby for New Ross Standard; Mental Health Issues ‘Central’ to Addiction, Ann Murphy for The Echo; Being there can be all someone needs, Siobhán Holliman for Tuam Herald; It’s time to talk about maternal mental health, Emma Connolly for The Echo.

Mental Health Content | Special Interest
Winner: Speak or Survive: Does Ireland Write Off Survivors of Sexual Violence, Peter McGuire for TheJournal.ie.
Other nominees: I don’t know how you’re even still alive’ - The ex-Ireland international who lived a nightmare, Paul Fennessy, for The42.ie; It’s time to speak out: men suffer from eating disorders too, Neil Fox for Irish Independent; Life under lockdown as a mum to kids with autism, Kathy Donaghy for Irish Independent; Hooked on painkillers: farming’s hidden addiction, Kathleen O’Sullivan for Irish Independent.

Mental Health Journalism | National Print/Online
Winner: “There’s no deadline for healing”, Jennifer O’Connell for The Irish Times.
Other nominees: The forgotten children: growing up in the shadows of mental illness, Emily Hourican for Irish Independent; FactCheck: Is this widespread claim about the recent number of deaths by suicide in Ireland true?, Lauren Boland for TheJournal.ie; My battles with the final taboo of motherhood, Lisa Brady for Irish Daily Mail; Central Mental Hospital: ‘We tolerate a system that no other country would’, Cormac O’Keeffe for Irish Examiner.