The association between our dates of birth and death 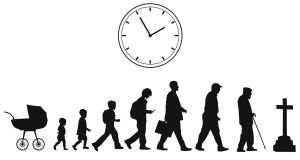 More studies into how much significance people attach to their birthdays are needed.

According to German psychiatrist Prof Matthias C Angermeyer and colleagues – writing in the ‘Journal of Epidemiology and Community Health’ (1987) – Plato is supposed to have born and died on the same date; so too, the Buddha; and the ragtime pianist “Eubie” Blake died just five days after his 100th birthday.

Is there an association between our dates of birth and death?

Angermeyer et al suggested that either approaching birthdays promote an emotional reaction that motivates individuals to somehow initiate a mechanism that delays their death – “death postponement” – or birthdays represent stressful events, provoking a rise in mortality: a “birthday blues” effect.

But following their study of 5,000 well-known people from Switzerland and around the world, their conclusion was that “a real relation between birthday and date of death does not seem to exist”.

By contrast, in 2001, American researchers, writing in the ‘British Medical Journal’, noted that the number four is regarded by many Chinese and Japanese as unlucky. “If so,” they speculated, “deaths from chronic heart disease should show a particularly large peak on the fourth day of the month.”

In 2012, a Swiss group reported their analysis of the mortality statistics of more than two million individuals in the journal ‘Annals of Epidemiology’, stating: “The overall death excess on the day of birth was 13.8 per cent, mainly because of cardiovascular and cerebrovascular diseases (more in women than in men) as well as suicides and accidents (in particular, falls in men).”

Their results supported “the hypothesis of an ‘anniversary reaction’ or the ‘birthday blues’ in certain causes of death, but not the death postponement hypothesis”.

For each of the eight groups, Kelly and Kelleher calculated the difference in days between the birthday and deathday. If there was no association between the two, the difference in days should have been uniformly distributed around the “statistical circle”. But this did not happen: “All groups showed some departure from the uniform and it occurred around the birthday in all groups.”

Did the departure from the uniform conform to the “death postponement” hypothesis or “birthday blues”?

For most of the groups it was the former, with “a death dip prior to the birthday and a rise thereafter”. But, interestingly, in the all-female Wimbledon ladies and Academy Award actresses, the “birthday blues” hypothesis appeared to prevail.

So, what is going on?

Kelly and Kelleher are cautious in their interpretation of their findings. They acknowledge that “while the empirical data imply there is a connection between birthday and deathday and that there is some variability across cohorts and by gender, it must be speculative as to whether this is an inherently biological or a sociocultural phenomenon or an interaction between these, in turn related to processes promoting longevity, including advantages of social position.”

The possibility that some sort of psychophysiological mechanism enables the postponement or hastening of death is a question, say Kelly and Kelleher, that might be answered by undertaking more studies into how much significance people attach to their birthdays.

“Future research on this topic,” says Kelly, “will develop new statistical methods that are more powerful in detecting changes from uniformity of differences around 0 and that will enable groups to be compared in an efficient way.”

The authors of the 2012 Swiss study (above) suggest that “[A]lthough the excess of deaths on birthdays has a similar magnitude in different causes of death, the underlying mechanisms may not be similar. In vascular events, such as acute myocardial infarctions and strokes, it seems more promising to hypothesize the devastating consequences of stress.”

This Irish research highlights a refined statistical approach to the investigation of a relationship between birthdays and deathdays, inviting the inference that the mind may have more of a role to play in the body’s physiology than we might care to admit.