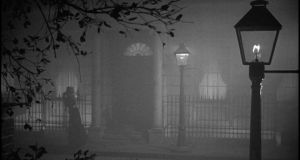 I was intrigued recently to see the word “gaslighting” used to describe a form of psychological attack on another person. I hadn’t heard the phrase before but when I looked it up I realised that it describes an all too common phenomenon, especially in close personal relationships.

The term comes from a 1944 movie called Gaslight, and refers to a form of emotional abuse or manipulation in which you twist another person’s sense of reality.

In the movie, a man sets out to convince his wife that she is delusional. For instance, the gas lights in the house dim when he is up to no good in the attic but he convinces her she is imagining this. He sets up other situations such as planting missing items in her handbag to undermine her belief in her own sanity.

Following the success of the movie, based on a play by the English writer Patrick Hamilton, the term gaslighting began to be used in psychology and elsewhere to describe this kind of behaviour.

How does it work in real life? Suppose a partner wants to control the behaviour of the other partner in a relationship. Men and women engage in this behaviour but I’m afraid, in my experience, it is mostly done by men.

Suppose also that the partner who is being controlled is attractive. At the heart of emotional abuse by control freaks is, in my view, a terror that they will be abandoned. But the control freak doesn’t say, “I am afraid you will abandon me because you are so attractive that other people who have more going for them than I have will want you, so please never leave the house again.”

Even the control freak can see the ridiculousness of that statement. So instead he says something like, “You’re such an ugly cow, who could possibly want you except me? Why would you bother going out anyway? All they’re doing is laughing at you.”

If this is hammered into her often enough, eventually the woman comes to believe it and isolates herself from her friends and even, sometimes, her family of origin. (By the way, if you ever find yourself involved with somebody who discourages your contact with friends and family, a red light should go off in your brain, accompanied by a loud alarm).

Another way to do it is to tell the woman she is such a slut that he cannot risk her going out on her own, or leaving his side if they go out together.

In terms of being believed, this works less well, I think, than telling the woman she is ugly.

Women, in my opinion – and I know this is a generalisation – are very susceptible to being told they are unattractive. But to convince a woman that she is a slut is a much tougher proposition. So sometimes the control freak will actually do both things at once. If she wears one outfit to go out, he will tell her that she looks ugly; if she were another, he will tell her she looks like a slut.

You can see where the gaslighting comes in here. Gradually the woman’s sense of belief in herself is undermined. Even if she does not believe the details of what he says, her confidence is left in tatters.

That may explain why many women go back again and again to men who treat them like this before they finally break free.

I guess that’s also why these men are so terrified of “their” women getting involved with friends, taking up classes where they will meet other people, or working with others. When the woman is among people who see her differently, the illusion he has built up is too easily undermined.

So that’s gaslighting. It goes on in thousands of homes all over the country all the time. Sometimes it’s done by women, usually by men.

The wounds it inflicts are invisible. But they run very deep and they last a long time.

Padraig O’Morain is a counsellor accredited by the Irish Association for Counselling and Psychotherapy. His latest book is Mindfulness on the Go. His mindfulness newsletter is free by email.