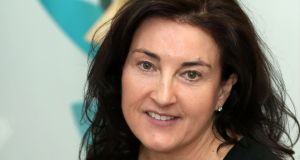 Living well with dementia is possible if the right supports are in place, according to Dr Karena Meehan, head of the Later Life Psychiatry team in Galway West, but the reality is these supports simply do not exist in this country.

Caring for a person with dementia, compared with other caring roles, places much greater demands and strain on family members, according to research. Carers struggle to cope, sometimes around the clock, with distressing behaviour such as repetitive questioning, sleep disturbance, and paranoia.

Dr Meehan describes caring for a person with dementia as “a slow bereavement” and points out that carers are at an increased risk of heart attack due to the immense stress of the role, and more than 50 per cent of those caring for a dementia patient at home have clinical depression.

“We have numerous couples who are determined to keep their husband or wife at home, at any cost. They often try not to lean on their adult children and to protect them from how bad things really are. Respite care can make such a difference for these people, who are under unrelenting pressure 24/7 – getting a few hours off to meet a friend for coffee or get their hair done. Or if they know they have a few weeks of respite a year, they can plan to go abroad and see grandchildren or book in for an operation or treatment themselves.”

Whether it’s respite or full-time care, Dr Meehan stresses the importance for staff of getting to know the person behind the dementia. What does she like to be called? What does he really hate? Did they enjoy hurling?

“If you feel comfortable, secure and valued, you can have a really good quality of life even without memory and even if it’s not the same quality of life as before. We had one man who used to play international rugby so the family brought tapes of his games into the nursing home and the staff got to know him as he was before dementia. There was another man who used to be a cyclist so they brought a stationary bike into his room and he cycled away on it every day. It’s about being person-centred.”

Tom McCann, dementia nurse adviser for the Western Alzheimer’s Foundation, has a unique understanding of dementia as he saw his own mother’s gentle personality change after she was diagnosed with the disease. His family managed to keep her in her own home, but he admits it wasn’t easy.

“You have to try and separate the person from the person with dementia. I had to tell myself I was not dealing with my mother now, but my mother with dementia. My mother was a midwife so we got her a doll – it was the best thing for her because it calmed her down, she loved combing the doll’s hair. I went to another house where the woman adored dogs but was no longer capable of looking after one, so we got her a battery-operated dog and that made a big difference to her quality of life. It’s about taking time to get to know the person and their likes and dislikes.”

McCann and Dr Meehan point out there is such fear and dread around the subject of dementia that most people do not want to think about it, never mind talk about it.

So from their experience of dementia patients and their families, what is needed to help people feel more supported on this lonely path?

Dr Meehan and McCann both agree that additional respite services and home-help hours are vital in supporting families to care for people with dementia in their own homes. They point out that there are very few dementia-specific beds available in the west of Ireland due to cuts in this area.

They also point to the need for a central point of contact for the person with dementia and their family, following diagnosis and through the early stage of the illness, who can provide advice and support. And to the vital need for a service for early-onset dementia.

‘Services are so fragmented’

“Caring for somebody with dementia is a journey, but so many people say they didn’t know where to turn after being given the diagnosis because the services are so fragmented. This comes up time and again in our carers’ groups. People should be given a card with contact details at the time of diagnosis when their care needs are so different from the mid and later stages of the disease,” says Dr Meehan.

McCann notes: “One of the hardest things for people with dementia and their carers is that they have to fight so hard for support every step of the way. There is no question that the Fair Deal scheme should be extended to cover homecare, as most people, if given the choice, would chose to stay in their own home for as long as possible.”

Dr Meehan points out being cared for at home is not always possible, particularly where a dementia patient’s physical needs are high or where their behaviour is very challenging. In such cases, she says the whole set-up in a nursing home can make for a better quality of life for the patient.

“Thankfully, most people with dementia do not end up in an acute psychiatric unit, but there will always be a minority of patients who require inpatient care and this is another area that needs to be improved. People with dementia need their own space and need to be cared for by a core of properly trained people who can take care of their physical and mental-health needs,” she adds.