We all get anxious, but generalised anxiety disorder (GAD) can become chronic 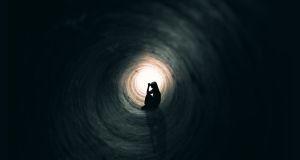 Antidepressants can have adverse side-effects including nausea, sexual dysfunction and hypertension

Cognitive behavioural therapy (CBT) includes a variety of techniques ranging from exposure therapies – where the person either vividly imagines the feared situation or gradually confronts it in real life with the support of a therapist, in order to modify the irrational fear response – to learning cognitive techniques to change the patterns of thought that lead to anxiety. CBT is thought to be more effective than other psychotherapies, although some research has found it to only be effective in around 54 per cent of anxiety patients. CBT tends to work better in younger patients, and some studies have suggested that its effectiveness could be enhanced using virtual reality.

Initially, doctors will usually prescribe antidepressants for anxiety. Some studies indicate these can reduce symptoms in 60-75 per cent of patients. Other medications such as beta blockers and anticholinergics can be taken at the same time to reduce specific symptoms such as hand tremors or sweating. Antidepressants can have adverse side-effects including nausea, sexual dysfunction and hypertension. The alternative is benzodiazepines: these can rapidly relieve and control anxiety but are extremely addictive when taken long-term.

There is some evidence that herbal products such as kava, galphimia, German chamomile, bacopa, ginkgo, roseroot and others may reduce anxiety symptoms due to their sedative effects. The most researched of these is kava, which has been found to be effective in several placebo-controlled trials, and may compare favourably to benzodiazepines. However, for all these products, research studies remain limited. There have also been safety concerns regarding kava due to some reports of liver toxicity. If you are considering herbal medicines, you should discuss with your doctor, especially regarding any medication you’re already taking.

A few studies have suggested that nutriceuticals can help reduce anxiety. One fairly large placebo-controlled trial found that magnesium decreased anxiety in patients with mild-to-moderate symptoms, while another study of 100 anxiety patients suggested that the supplement a-casozepine peptide could help. In patients with panic disorders, inositol has been shown to reduce the frequency and severity of attacks. Again, as with herbal products, consult your doctor before taking supplements in case of adverse interactions with medications.

In the past few years, a range of free apps have been developed to try and tackle anxiety. Flowy uses a game situation to reduce anxiety and panic, coaxing the user into practising breathing-control. In a 2017 study, the IntelliCare suite of apps – which teach users self-management skills for tackling anxiety based on psychological research – was found to significantly reduce anxiety symptoms.

Caffeine is a psychostimulant and there are many decades of research to suggest it can both exacerbate the symptoms of GAD and also trigger panic attacks. Likewise, while many people with anxiety turn to alcohol as a calming sedative, that can trigger a vicious circle, where stress levels increase once the alcohol is processed and the initial effects wear off.

Trying yoga, massage therapy or meditation can help keep anxiety under control, while practising various relaxation techniques for 30 minutes, two or three times a day, can also help with the muscle tension that anxiety can cause.