Returning to work: out of the loop or older and wiser?

No matter what circumstances have led to the break, building back confidence is key for returnees 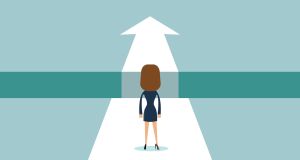 ‘The most important thing for women who have taken time out is not to forget about the skills they have honed while raising a family,’ says Cathie Hynes, a retired civil servant who volunteers with the back-to-work agency Jobcare.

From filling-in gaps on a CV, or building-up confidence to face interview panels, gearing up to find a job after an absence from the workplace can be daunting, whether it was taking time out to travel, raise a family or retrain.

“I had to do it myself after being made redundant so I understand the issues at stake,”explains Ken Harbourne, managing director of recruitment specialists Wallace Myers International. “But there are lots of people coming back to work after a long absences, and if you can present yourself well, employers will see you as an asset.”

By far the most common returnees are women, who have taken time out to raise a family, and companies are increasingly offering flexible hours and contracts, recognising the asset that this cohort presents. “A lot of the big tech and social media companies are leading the charge for recruiting returnees, recognising that mothers tend to be a lot more organised and strict about not wasting time,” says Harbourne. “They get a lot more done in a shorter time, so promoting that as a positive of taking time out rather than a negative is key.

“The other advantage of returnees is that they tend to be older, and therefore tend to stay longer in jobs. They’re more loyal, whereas people at the beginning of their careers can often jump ship quite a bit.”

Out of the loop

The downside from an employer’s and job seeker’s perspective is when the returner is out of the loop. With technology and working environments changing so rapidly, more than four years out of the workspace can mean there is a big adjustment in terms of getting back up to speed. “Once you are willing to train or upskill, however, it’s really just down to what the employer is looking for, which is often personality, culture fit and past experience,” says Harbourne.

Cathie Hynes is a retired civil servant who volunteers with the back-to-work agency Jobcare, and has mentored many returnees. “I advise them to focus on the skills they have rather than qualifications, turning interview questions to your experiences in work and life.”

Hynes spent most of her career working with Enterprise Ireland helping small businesses and at one point took time out herself to get her family through a difficult period. “The most important thing for women who have taken time out is not to forget about the skills they have honed while raising a family. They often just focus on the academic and paid work experience, but there are so many skills they now bring to the table – staying calm in a crisis, prioritising, organising. I tell them to give themselves six months to retrain, network and get up to speed on whatever sector changes that might have happened, to show they are serious. Don’t forget any voluntary work they might have done at schools or in the community such as fundraising or project management which are all competency-based skills.”

No matter what circumstances have led to the break from work, building back confidence is going to be key. Getting some coaching, practising interviews and making use of the variety of back-to-work schemes available can help to develop that. “It’s really important to keep your networks going if possible, and asking for recommends on LinkedIn. An employer might be more convinced if someone is recommended within the industry. People in their late 30s or 40s tend to have a stronger circle of influence. You’d be surprised who you know,” says Harbourne. “Getting out there and having cups of coffee with people builds confidence and creates opportunities. I often look out on LinkedIn for women who have updated their profile to say they are looking to return to work.”

“With three children under six, I decided to take some time out to focus on my very young family,” says Sharon Mooney, managing director at consulting firm Teneo. “I had built up a really strong career in advertising but I was burnt out and actually resigned as I just found the juggle too much. However, I updated my status on LinkedIn and was lucky that I was approached immediately for my current role. They gave me the year I wanted and now I’m back at work two weeks and love it. I knew my time off was a once-off and really made the most of it, but I’m ready to get back to work and luckily have a supersupportive husband that helps make it manageable.

“I’m also lucky that my CEO has been completely supportive of my decision to take time out, and I negotiated a flexible working week that allows me to manage dropoffs to child care. It was an amazing year but it’s nice to be needed by work again. I did keep in touch and continue to network while I was off and that helped with the transition back in.

“I personally don’t feel my career has been impacted from taking time off despite the advertising being notoriously inflexible for women, and maternity leave often being seen as career suicide. While you’re out, the people behind you have moved up and overtaken you. But it depends on the industry and my current company is very progressive. It was a family-run business and the CEO has children, and his wife works in the company, so they get it. My job is all about relationships, though, and if you’re good before and you can retrain you still bring all that experience. Working mums are some of the most efficient people in our business – they are real strategic planners.

“I also think it depends on the level you exit from your career to take a break. I was quite strategic in getting to a certain point. If you can map out the path to your life in parallel to your career aspirations, it can mean you don’t start at the bottom of the ladder again.

“You have to be confident in your decisions. I’m a big believer in the idea that if you close one door, another will open. You can take your skills with you anywhere, and no one can take your experience away.”

In Irish orphanages, being ‘coloured’ was a defect. I wish Mam had lived to see Black Lives Matter
9