Prostate cancer: ‘For me, it was a silent disease – they were no symptoms’ 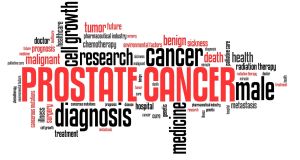 The stats don’t bode well. One in seven men in Ireland will be diagnosed with prostate cancer during their lifetime. That’s over 3,300 diagnoses each year.

However, although it is (after skin cancer) the second most common cancer in men, most patients do not die from it. In fact, if caught early enough, it can be removed without any lasting negative side-effects.

“There’s a greater awareness of prostate cancer across all age groups now, so we’re fortunately picking it up at an earlier stage, meaning it’s more curable,” says Kiaran O’Malley, consultant urological surgeon at Dublin’s Mater Misericordiae and Mater Private hospitals, who adds that the cancer typically tends to affect men from their 40s upwards, though cases of younger patient diagnoses are also known.

O’Malley says there’s a far brighter public light shone on the cancer these days, including its symptoms and the value in catching and treating it early, whereas that hasn’t always been the case.

“Also, modern diagnostics have improved so much that we’re able to pick it up earlier and offer a range of various treatments for patients with early prostate cancer, so the outcome is excellent.”

One such modern treatment is robotic-assisted prostatectomy; a common operation in public health systems overseas, but off-limits in this first-world nation without private health insurance. The Mater Private Hospital has the largest robotic assisted surgery programme in Ireland, having performed the highest number of surgeries to date; nearly 2,000 surgeries since the hospital invested €2 million just over three years ago.

O’Malley has performed over 1,000 robotic assisted prostatectomy surgeries, making him the most experienced “robotics” surgeon in Ireland.

“It’s minimally invasive surgery,” says O’Malley. “A robot is remotely controlled by the operating surgeon sitting at a console, using finger-controls called Endo Wrists and pedals. It gives a high-definition, magnified view through the console’s eye-holes, which gives us the exact same view that we would get at open surgery, only magnified, with the instruments being much smaller than those used in either non-robotic keyhole surgery or open surgery.”

The result? Typically, less pain, less dissection, less blood loss, less scarring and less time spent in hospital – as well as quicker recovery times for patients. So, if the results are so standout, why is there no robotic-assisted prostatectomies available in the public system in Ireland?

Much inequity in the system

“It all boils down to cost; management are resisting it based on the fact that there is no concrete, head-to-head data that shows that robotics is superior to open surgery,” says O’Malley.

At prostate cancer international meetings now, open surgery is not even mentioned

“Unfortunately, until there is a loosening of the purse strings at the Department of Health, we’re going to continue having this lopsided situation: public patients are being denied access to a service private patients can have. There’s much inequity in the system.”

Get checked: it’s a no-brainer

“My operation took two hours; I was in hospital for two days and was back exercising within two months. I have not looked back since,” says David McMahon of his robotic-assisted prostatectomy in the Mater Private Hospital.

“At least in my own experience, it has to be among the easier cancer cases, but it goes to show the huge importance of early detection.”

A 48-year-old husband and father of two, in 2015 McMahon and a colleague went for a routine executive health check. The only concern raised in the results was a slightly-elevated PSA (prostate-specific antigen) level in his blood, which was consequently retested over the following months.

Fortunately, McMahon didn’t experience any of the negative side effects sometimes associated with a prostatectomy, such as erectile dysfunction and incontinence.

“I just have three very small scars around my lower abdomen – you wouldn’t even notice them unless looking for them. For me, it was a silent disease – they were no symptoms really, as far as I knew. I was very lucky: I was 46 and it was very early stage, because of which I had various treatment options.

I don’t feel deserving of the tag, ‘cancer survivor’

“I got much advice and opted for a robotic-assisted prostatectomy. Because it was so early stage they were able to remove the prostrate and spare all the nerves, so I thankfully had none of the associated side-effects,” says McMahon.

“When people ask about the cancer I had, there’s a part of me that feels like a cheat because I know what other people go through with different types of cancers. To be honest, I don’t feel deserving of the tag, ‘cancer survivor’ because what I went through is absolutely nothing in comparison to what most cancer patients have to endure . . . I would urge men to go off and get checked. It’s a no-brainer.”

According to the Irish Cancer Society, problems passing urine is a common complaint for men as they grow older.

Visit your doctor and get checked, and also see cancer.ie.