Why don’t Irish people love themselves? 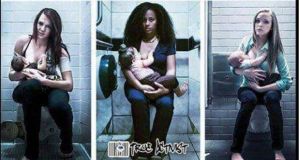 In an age in which an image of breasts on television would pass unnoticed by many and would induce a yawn in many others, it is extraordinary that people can get themselves worked up about a woman breastfeeding discreetly in public.

‘He is very full of himself,” is one of those Irish phrases that must be quite baffling to everybody else. I had seen it as a relic of a past in which to think too much of yourself was frowned upon.

As I said, I thought that was a relic of the past. But a recent survey called “The Census of the Heart” made me wonder.

It was conducted by an organisation called the Trailblazery with the aim of looking at “the intimate values, loves, hopes, regrets, fears and dreams” of Irish people in 2016.

They got 11,708 responses, a respectable number, which makes those responses worth looking at. I should mention that the Trailblazery (thetrailblazery.com) describes itself as “an Irish collective who create social experiences that disrupt and evolve our current narratives”.

Its census was designed by Mari Kennedy and Kathy Scott to coincide with the 2016 national census. I found it interesting that while three-quarters of the respondents were proud to call Ireland home and more than 80 per cent said they felt loved, only 61 per cent said that they loved themselves.

The gap suggests that the Irish reluctance to engage in self-love is still with us. Having thrown off the shackles of the old society, I wonder if we have replaced it with new shackles: namely expectations about ourselves and about what we ought to be able to do that we cannot actually meet because we are, after all, only human.

The cult of celebrity puts before us fake images of people whose private selves are completely unknown to us until something goes terribly and publicly wrong for them. And because we are given to comparing ourselves to others, we can easily fall short in comparison.

But it’s not just about celebrity. There is also the idea that we should all be able to do great things and to be incredibly productive because of the technology we have at our disposal. When you’re slogging along not getting things done, it’s very easy to judge yourself harshly.

Another interesting aspect of the census was that in almost all of the positive statements about wellbeing, people who answered the questions in the Irish language scored higher than those who answered in English. For instance, 73 per cent of Irish speakers said they loved themselves. I focused on the English responses because they accounted for 11,484 answers as against 224 in Irish.

But you never know. If you want to feel better about life and yourself, maybe you should be signing up for classes in Irish as winter beckons.

[CROSSHEAD]Breastfeeding[/CROSSHEAD] Turning to a completely different topic, a post on Facebook depicted three women sitting in toilets breastfeeding their babies. “If you can’t stand breastfeeding in public,” the caption read, “just look away, like you do with politics, corruption, war, poverty, environmental destruction or homelessness.”

The post originates in the United States, but this business of women hiding in toilets to breastfeed, away from the disapproving gaze of some, is not confined to the US. A short video on Vimeo with Jake Dypka features British poet Hollie McNish on the same topic and, yes, includes women breastfeeding their babies in toilets. Most men and women, I would imagine, don’t care about public breastfeeding. But those who disapprove are enough to drive these mothers out of sight.

In an age in which an image of breasts on television would pass unnoticed by many and would induce a yawn in many others, it is extraordinary that people can get themselves worked up about a woman breastfeeding discreetly in public.

What an odd attitude for members of an actual species to take to the nurturing of its young. But it is so. Part of the idiocy of human nature. The Hollie McNish video is at bit.ly/mcnishvideo