The overprescribing of addictive pregabalin, benzodiazepines and z-drugs must be tackled 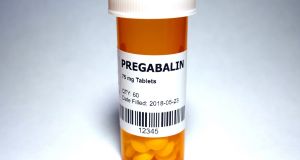 The recent statement by the Medical Council warning of the potential dangers of prescribing benzodiazepines and related drugs is a surprise. Normally the regulator uses updates to its ethics guide to advise doctors on best practice, so for it to issue a warning outside of this framework is highly significant.

Driven primarily by concerns about patient safety, the warning is aimed at curbing the overprescribing of certain categories of drugs; benzodiazepines and their cousins the z-drugs are a group of medicines that can be prescribed for short periods to help with sleeping problems, or to help with episodes of severe anxiety. They do not suit long-term use and can be dangerous when a patient develops a dependency on them. Pregabalin (Lyrica), the other medication singled out by the council, is licensed for the treatment of generalised anxiety, nerve pain and epilepsy. It too has become a drug of abuse.

The president of the Medical Council, Dr Rita Doyle, said: “The impact of inappropriate prescribing of benzodiazepines, z-drugs, pregabalin and other controlled drugs is having a significant impact on patient safety and wellbeing. While benzodiazepines may have a role in the treatment of a patient on a time-limited basis, caution and strict monitoring are required when they are prescribed. Patients who become dependent upon benzodiazepines should be referred to the appropriate drug-treatment services and provided with appropriate supports.”

The Misuse of Drugs Regulations categorise controlled drug substances into five schedules. Most benzodiazepines and z-drugs are in schedule four. Each schedule has specific limitations on the prescription and supply of drugs within that schedule. However, while pregabalin was recategorised as a controlled substance in the UK last April, it remains outside the control regime in Ireland.

Dependence is now recognised as a significant risk in patients receiving benzodiazepine treatment for longer than one month; this means a doctor has to be careful when evaluating the relative benefits and risks of continued prescription.

If you have been taking any of these drugs for longer than a couple of months and then attempt to stop taking the medication, withdrawal symptoms can be a significant problem. Typical withdrawal symptoms include anxiety, irritability, depressed mood, insomnia, fatigue, restlessness and agitation. Tremors, dizziness, headaches, muscle stiffness and difficulty concentrating and remembering also feature. Crucially, these symptoms may be difficult to distinguish from the original presenting symptoms for which the drug was prescribed. Occasionally, withdrawal is so severe that the patient may experience seizures.

The severity of withdrawal symptoms is dependent on the speed of tapering-off, the half-life of the drug, the duration of benzodiazepine therapy and the daily dose.

All of the drugs highlighted by the Medical Council have some unusual side effects. Benzodiazepines may induce anterograde amnesia. This means someone given a benzodiazepine may remember information before benzodiazepine administration, but there may be difficulties in later recall of information received after the benzodiazepine was given, until the effects of the drug have worn off. They also induce paradoxical reactions (a worsening of the symptoms they were prescribed to help). So an unpleasant restlessness, agitation, irritability, aggressiveness, delusion, rages, nightmares and hallucinations may occur.

I have written before of my concerns about the dangers of pregabalin. My personal experience of substantial difficulty coming off Lyrica when it was prescribed for neuropathic pain I had developed as a result of a slipped disc was subsequently echoed by a number of readers. I had four months of deeply unpleasant withdrawal symptoms as I was weaned off the drug.

As well as prescribed patients becoming addicted to the drug, pregabalin has become a favourite of people with existing drug addictions. I welcome its inclusion in the Medical Council alert.

Two additional actions are now urgently required: Lyrica must be declared a controlled drug in Ireland and the right to prescribe it must be limited to a small number of specialists.

Dining out: 12 of Dublin’s best restaurants with outdoor spaces
5