Pandemic or no pandemic, we all need group connection 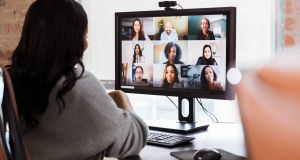 As humans, we need connection to social groups. Photograph: iStock

You might remember this: it’s your first day in a new job and you are sitting in an office with colleagues you never met before, afraid to open your mouth.

The morning tea break rolls up. One of your colleagues invites you to join the rest of them in the canteen.

Straight away you are part of the group. These people never saw you before and know nothing about you but you know you’re in a group and you feel easier in yourself.

That evening they invite you to the pub after work. There, you politely listen to them telling insider stories about things you don’t understand. And they inform you, as newcomers are usually informed, that the management in this place couldn’t organise a you know what in a brewery.

This consolidates your membership of the group. You have engaged in the modern equivalent of nicking your wrist and sharing blood with a new tribe.

The formation of groups is such a core human tendency that it happens very fast and without anyone planning it.

One of the weirdest things about our current pandemic – maybe the weirdest – is that it forces us to run against this drive towards “groupishness” as it’s sometimes called in social psychology.

Once, on the Luas, the tram stopped suddenly and when it started up again, a passenger began to complain loudly about his injuries. The rest of us looked knowingly at each other. Instantly, we strangers had formed an ad-hoc group of respectable people who don’t make false compo claims (which doesn’t mean we wouldn’t but that’s the story we tell ourselves).

Whether it’s a tram, a shebeen or a golf society outing, groupishness gives us that warm glow of belonging.

We feel suspicious of certain groups because we assume, usually rightly, that its members look after each other. One famous experiment in social psychology suggests that if asked to divide resources between groups you would discriminate in favour of a group to which you have been told you belong – though you have never met any of them before.

Groups distort reality also. Asked to guess the length of a line there’s a good chance you’ll give the wrong answer if everyone else has already given the wrong answer. You may even “see” the line as being the wrong length, if that’s the consensus.

It’s really important to feel yourself part of a group whether that’s through phone calls, email, social media or Zoom


To take a more “real life” example: Let’s say you’re in a group that gets caught breaking the lockdown and has its reputation trashed. People ask: how could they have thought they would get away with it? Part of the answer may be that while you were inside that group you failed to appreciate reality or you were not willing to go against the group consensus or both.

If you’ve ever been excluded from a children’s, teenagers’ or adult group by bullies the pain of that exclusion will give you a measure of the emotional importance of groups to us.

Groups can put themselves above everyone else in crazy ways. Look at what I call the “Mammy groups”. These are the people who ignored public health advice at Christmas and risked bringing a new Covid variant to us, even though they had to segue through Northern Ireland to get here. Why? Because they had to “see Mammy”. That’s the power wielded by social groups (in this case the family) even in the middle of a pandemic.

What does this all mean for us in these times? Mainly that we need groups more than we know. It’s really important to feel yourself part of a group whether that’s through phone calls, email, social media or Zoom. On the Nature website psychologist Desiree Dickerson notes that “staff teams have instigated virtual coffee groups, online book clubs and co-working spaces where you can work in the (virtual) presence of others.”

You may object that it’s not the same on Zoom.

True, but you need group connection – it’s pre-installed in you and you can’t deny it.

– Padraig O’Morain (@PadraigOMorain) is accredited by the Irish Association for Counselling and Psychotherapy. His latest book is Daily Calm. His daily mindfulness reminder is free by email (pomorain@yahoo.com).