Living with Sjogren’s syndrome: ‘I was taking time off work just to sleep’

Every career decision Deirdre Collins made was based on what she could physically do, rather than her ambition 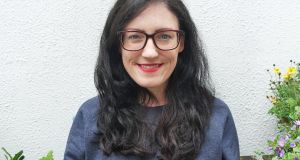 Deirdre Collins: there is no Sjogren’s specialist in Ireland, so she sees five different doctors to manage her different symptoms.

Tennis player Venus Williams has something in common with a mother-of-one in Dublin – an auto-immune condition called Sjogren’s syndrome.

Having suffered with symptoms since childhood, Deirdre Collins went through years of pain and discomfort as doctors tried to figure out what was wrong with her.

“I first developed symptoms as a child and it was initially dismissed as growing pains,” she says. “It became worse during my teens, and I missed a lot of school due to headaches and fatigue. But it wasn’t taken seriously by doctors and by the time I reached my 20s it was having a significant impact on my day-to-day life.

“I would go to bed at 8pm and wake up the next morning feeling like I hadn’t slept in days. I was taking time off work just to sleep. My eyesight was blurring due to dryness, and my knees and ankles started to ache almost constantly.

“Every career decision I made was based on what I could physically do, rather than my ambition. I didn’t have a name for how I was feeling, and it was incredibly frustrating. I went to my GP repeatedly for years about various symptoms. Each was taken in isolation and I never got any significant relief or diagnosis.”

According to the 37-year-old woman, her symptoms were dismissed as either stress or depression and she was prescribed antidepressants, which did little to help.

“There is a serious lack of knowledge in relation to Sjogren’s,” she says. “I’ve been sent to hospital numerous times and have never encountered a nurse who has even heard of it. Many doctors think it’s just dry eye and dry mouth and before I found my current rheumatologist, I had to bring a textbook on Sjogren’s to medical appointments to help me explain what I was going through. To be in pain and feel vulnerable and have to explain my condition to medical professionals is something that should never happen.

My first reaction was absolute relief that I wasn’t crazy, weak and unable to keep up with everyone else. I wasn’t a hypochondriac

“Patients turn to the healthcare system to be looked after, not to act as educators and advocates. It is a serious issue but there is no Sjogren’s specialist in Ireland, so I see five different doctors to manage my different symptoms. It’s complicated, exhausting, and expensive.”

Deirdre, who lives in Dublin with her husband, Tom, and their daughter Aoibhinn (2), was diagnosed with Sjogren’s syndrome a few years ago and says she was both relieved and frustrated to finally discover why she was suffering from profound fatigue, brain fog, debilitating joint pain, nerve pain, and systemic dryness of eyes, nose and mouth.

“About three years ago I got the flu, and it took me six months to recover,” she says. “I went back to my GP surgery and the doctor that day was a locum. He said it sounded like Sjogren’s and looked up the symptoms. As he read them out, I just nodded along. I had been to my GP for every single symptom over the years, and no one had joined the dots before.

“My first reaction was absolute relief that I wasn’t crazy, weak and unable to keep up with everyone else. I wasn’t a hypochondriac. My second reaction was a deep and guttural anger. I had been suffering chronic pain and fatigue or over 20 years with no answers or genuine medical help. Had it been diagnosed earlier, it may not have progressed so far, as you only truly receive validation and support when you have a name for your pain.

“But I didn’t have much time to process my feelings, because I was trying to get pregnant and the focus straight away went to that. Sjogren’s can cause some nasty complications during pregnancy, including congenital heart block. So to ensure I had an obstetrician who understood the risks, I went private, which cost a small fortune. But I felt it was the only way to make sure myself and my baby received the care we needed.

“I had weekly scans but was terrified that something was going to go wrong. Thankfully, I had a very healthy baby. And as far as my daughter is concerned, it was the perfect pregnancy.”

There have been times when my joint pain has been so bad that I’ve been unable to tie my own shoes, hold a pen or climb the stairs

A qualified archaeologist, Deirdre was unable to hold down the job due to the nature of her illness so not long after her daughter was born, she decided to set up her own business hooplafocal.com from home. Hand-embroidering cúpla focal in Irish on to sustainably made sweatshirts and bags was something she could do at her own pace from the comfort of her own home as while she can have days without symptoms, serious flare-ups occur with no warning.

“There have been times when my joint pain has been so bad that I’ve been unable to tie my own shoes, hold a pen or climb the stairs,” she says. “My husband has had to cut my food up for me and after Aoibhinn’s birth, there were days I struggled to hold her. I couldn’t open her bottles and taking her out of the cot was sometimes excruciating.

“I felt a huge amount of guilt about not being capable enough as a mother but Sjogren’s fatigue can be completely debilitating. Parents often say there’s no worse exhaustion than when you have a newborn baby, but they are wrong. Sjogren’s fatigue is worse and the two combined were almost unbearable.

“The scariest symptom is the brain fog as some days it can be like thinking through soup or simple information just disappears momentarily. Once, I turned onto my road and couldn’t remember which house was mine; another time I forgot how to put my shoes.

“The most persistent symptom is dry eye – a deceptively innocuous name for something which affects so much of my life. I use eye drops 30 times a day and am limited to one hour of computer use a day. My ability to drive is severely affected, as I have to stop regularly to put eye drops in. So I had to stop working in an office as I couldn’t see clearly by the time I was heading home and realised that the only realistic option was to work from home where I could control my environment and my hours.”

Deirdre says, despite worries about a shortage of essential medicine, she is doing relatively well at the moment and would advise anyone else who thinks they may have the condition to do as much research as possible and seek help until a diagnosis is confirmed.

“I’m lucky that I now have a rheumatologist who is absolutely brilliant and really understands the condition,” she says. “I’m managing most of my symptoms with hydroxychloroquine – the same drug which was touted as the miracle cure for Covid-19.

“All the hype about it caused global shortages and at the start of lockdown, there was serious panic about maintaining supplies. Many people with Sjogren’s in the US had to go without medication, and I’ve heard some horrible stories within my support group as a consequence of that. Luckily, there was always some supply here, although I could buy only one month at a time due to shortages. It was an incredibly stressful time.

“Half the battle with Sjogren’s is getting diagnosed at all. So my advice to someone who has just received a diagnosis is to find a good rheumatologist as soon as possible.

“Talk to family and friends and read as much as you can about it. There is no organisation for Sjogren’s in Ireland, but the British Sjogren’s Syndrome Association and the Sjogren’s Foundation in the US have lots of useful information on their websites and are doing incredible work to raise awareness. Chronic Pain Ireland is hugely supportive and have some great resources for anyone experiencing chronic pain.

“And ask for help when you need it; I still struggle with that one.”