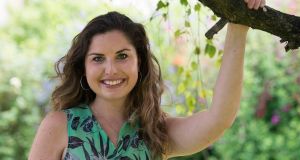 Often, our reaction is to run from pain, from our own and that of others; to not acknowledge it. We fear both what it is and what it could bring up.

Are we strong enough to hold it?

Do we want to be seen this way?

However, as much as we can be repelled by pain, so too can we romanticise pain.

The guy saw the ups and downs of my health as alluring, exciting perhaps. The unevenness was enticing. We think of pain so often as black; the colour of the night. Night-time brings connotations of danger and fear but also mischief and sex. The perceived darkness attracted him. However, when I reflect on 13 years with chronic migraine, the colour I think of is beige.

It is a palette of nothingness.

It can be difficult when explaining, or describing, an invisible disability, not to resort to the most extreme aspects of the condition. As so much goes unseen, unheard and very often, not believed, it feels like a constant battle for your symptoms to be taken seriously.

In a doctor’s office, you are regularly made to feel like a time waster, socially you feel like a moan, a hypochondriac, “fragile”. As a result, we can fall into detailing the darkest of times; lying on the cold bathroom floor, passing out in unknown taxis, vomiting in the bed and staying there. However, while this is a visceral reality, many days are spent in a no man’s land somewhere in the middle; most days are beige.

I’m generally not well enough to do much, but not so sick that pain consumes the day. Instead days become a drift of mindless TV, colourless food, and unchanging environment. My productive time is extremely limited and the rest is occupied by preserving a semi-equilibrium. There’s a lot of shuffling, showers and simple tasks. Hours can blur into weeks where it feels like I am living in stasis. There is an existential pain in the emptiness. I cannot help but think of TS Eliot’s The Love Song of J Alfred Prufrock in the tedium of it all.

On fruitless days, my dad often soothes my upset by reminding me that I “showered today” or “made it to the supermarket” but this isn’t living as I want it. It is an induced boredom. The trope of the pained artist furiously consuming and producing is far from reality. I stopped reading (unless prescribed) between the ages of 15 and 23 – while in education – because I didn’t have the mental energy. During the same period, I rarely listened to music as it triggered my highly-tuned senses which had been heightened by migraine. Film was a rarity as screen time was limited. I lived, as an ex teased, “under a rock”.

Susan Sontag writes in The Artist as Exemplary Sufferer, “For two thousand years, among Christians and Jews, it has been spiritually fashionable to be in pain”. Those who experience ill-health are often expected to be grateful for the depth and “learnings” their ill-health brings them. We are told it enriches our experience. But what riches can be gained from the beige days? From vegetating in front of yet another TV cookery show as one hour melts into the next? Am I to be grateful for a pain that limits me so much from engaging in this world that I love? For 13 years quashed by this unrelenting pain.

In her Netflix special, The Call to Courage, Brené Brown tells us about a tool that she uses in discourse with her husband to mitigate misunderstandings; “the story I’m telling myself is…’. Brown and her husband employ this line to explain to the other what narratives they are telling themselves in a gap in understanding, communication or information. We too fill in the blanks, creating our own stories where gaps arise. We project our insecurities or desires, where ignorance creates space.

Pain and illness, particularly invisible pain can become romanticised or, alternatively, a space to project our fears – those who experience it f***ed up – or both. Yet pain is an inevitability of human life. Disability does not discriminate who it targets. It does not define the essence of the person who experiences it but is part of their experience.

We must learn to normalise this experience through listening to those who are affected rather than projecting our own narratives.